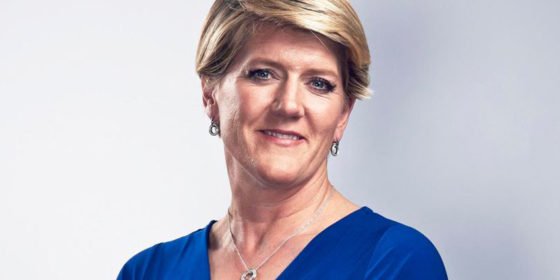 Whilst starring in an episode of Who Do You Think You Are?, Balding discovered letters from her great grandfather, Sir Malcolm Bullock.

Sir Malcolm was an MP from 1923 to 1953 – during the time when homosexuality was still illegal.

After losing his wife in an accident, Sir Malcolm is believed to have begun a relationship with artist Rex Whistler.

The pair spent would exchange love letters, Balding found in the programme.

He was also apparently a regular guest at parties where men could ‘be themselves’.

Rex and Sir Malcolm would go on get-aways to Paris together, and visit the opera.

Balding said: ‘There’s no doubt in my mind that he was gay or bisexual.’