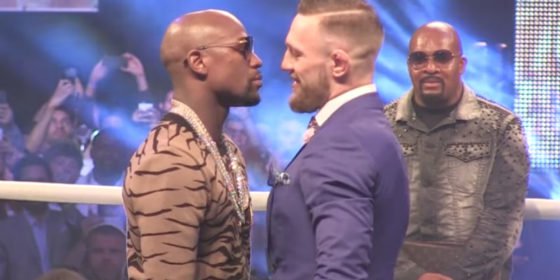 In a press conference for an upcoming match with Conor McGregor, Mayweather shouted a slew of names, including faggot, punk, bitch, pussy, and ho.

A mixed reaction from the crowd erupts, with some even booing the homophobic slur.

Twitter reacted angrily, with many calling for boxers to use more inclusive language. 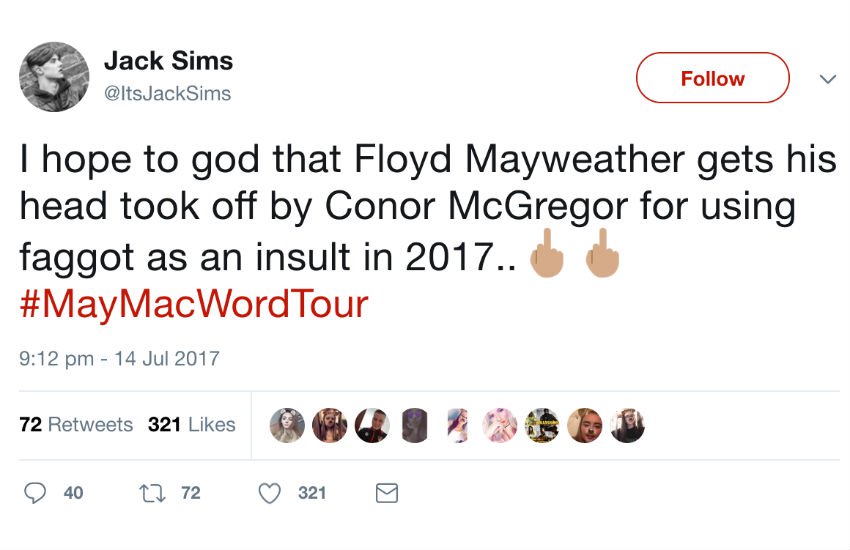 McGregor’s no saint either. He previously told Mayweather to ‘Dance for me, boy’ – a historically racist slur used against black men.

During the press conference, Mayweather also said: ‘Racism still exists. It’s all about treating people like you want to be treated. To get respect you must give respect.

And then he called McGregor a faggot. Go figure. 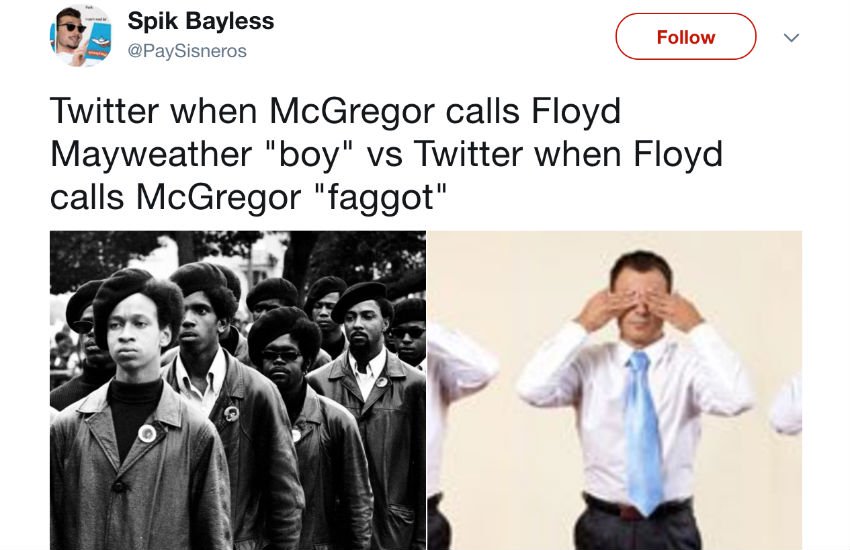 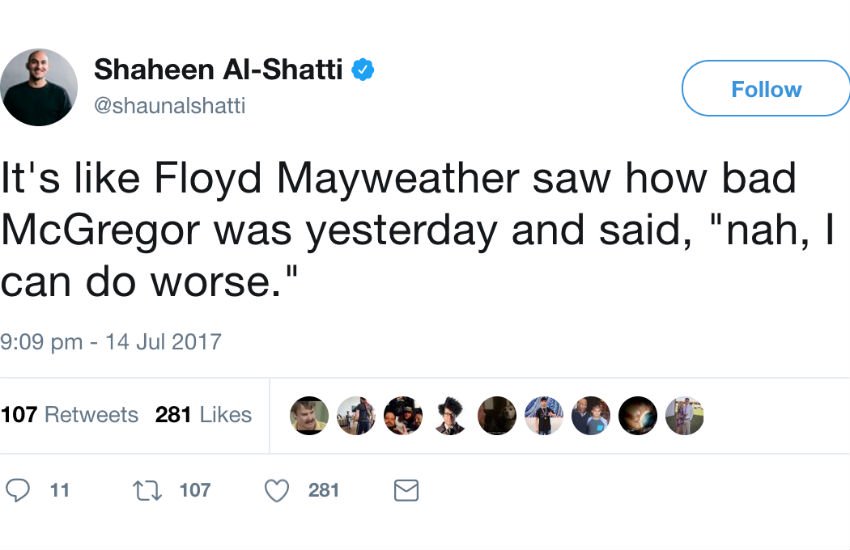 Maybe he should practice what he preaches.

Mayweather and McGregor will face off in their highly anticipated match on Saturday 26 August.