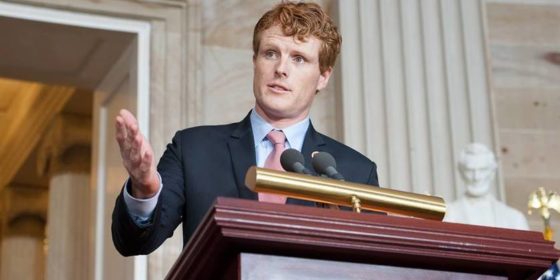 Amid increasing charges that organizations and individuals are using ‘religious freedom’ as a basis for discrimination against LGBTI people and other marginalized groups in America, two Democratic congressmembers are working to end that practice.

Rep. Joe Kennedy III of Massachusetts and Rep. Bobby Scott of Virginia have reintroduced the ‘Do No Harm Act,’ an amendment to the 1993 Religious Freedom Restoration Act.

The Do No Harm Act essentially says that civil rights supersede any claims of religious exemptions.

Specifically, the act would limit the use of the Religious Freedom Restoration Act (RFRA) in cases involving discrimination, child labor and abuse, wages and collective bargaining, access to health care, public accommodations, and social services provided through government contract.

Kennedy and Scott first introduced the Do No Harm Act last year. Dozens of equal rights groups supported it, but the bill failed to garner enough interest in Congress.

‘Inherent in our nation’s right to religious freedom is a promise that my belief cannot be used to infringe on yours or do you harm,’ said Kennedy in a statement on Thursday. ‘The Religious Freedom Restoration Act was intended to protect against such distortions of faith, not to justify them.’

Congress passed the RFRA in 1993 in response to outcry about a Supreme Court case involving two members of a Native American church in Oregon who used the hallucinogen peyote in a religious ceremony.

When the two tested positive for a Schedule I drug (peyote), they were fired from their jobs and denied unemployment benefits. In Employment Division vs Smith, the Supreme Court ruled that the individuals were not exempt from Oregon’s narcotics laws.

The Huffington Post Queer Voices section noted that RFRA was intended to shield individuals’ religious freedoms from government infringement. However in the ensuing years, some for-profit companies and religious groups have claimed religious rights as justification for discriminating against women and LGBTI people.

The Christian-owned craft store chain Hobby Lobby refused healthcare coverage of several forms of birth control to its female employees under RFRA exemptions and the Supreme Court allowed it in a 2014 ruling.

A federal district court also allowed a Christian funeral home in Michigan to fire a transgender employee for RFRA reasons in a 2016 ruling.

Additionally, in 2015 while Mike Pence was governor, Indiana passed its own version of the Religious Freedom Restoration Act, despite outcry from opponents who argued the bill could be used to legally discriminate against LGBTI people.

With increasing conservative policies coming out of Washington, D.C. since Donald Trump was elected president and the Republican Party took control of Congress, Kennedy felt more urgency to get the bill passed.

‘In the face of mounting threats from an Administration that continues to back away from civil rights protections, the Do No Harm Act will restore the sacred balance between our right to religious freedom and our promise of equal protection under law,’ Kennedy said in the statement.

Rep. Scott noted the civil rights deserve the strongest support under the law and should not be undermined in the name of religious liberty.

‘Civil rights, labor laws, and access to health care should not be violated in the name of religious freedom under RFRA,’ Scott said in a statement.

‘The Do No Harm Act restores protections for these areas under the law to ensure that RFRA can no longer be used a means to weaken civil rights and other protections,’ Scott said.

A long list of national groups voiced support for the bill on Thursday, including the ACLU, NAACP, Human Rights Campaign, Lambda Legal, Planned Parenthood, Secular Coalition for America and Americans United for Separation of Church and State.