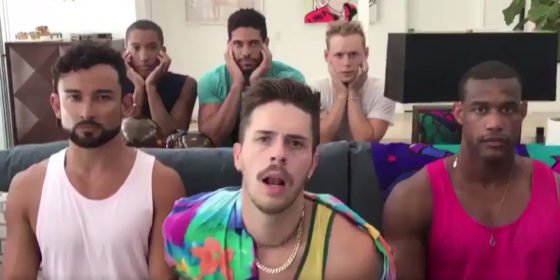 They say imitation is the sincerest form of flattery. If that’s so, then singer Duo Lipa must be feeling awfully flattered right now.

That video features Lipa singing about her unrequited love for a man. Meanwhile, her girl friends help her resist the pangs of desire, singing ‘Don’t pick up the phone, you know he’s only calling because he’s drunk and alone’ and ‘If you’re under him, you ain’t getting over him.’

The New Rules video was shot in a lush Miami hotel and even features Lipa walking on water in the hotel pool.

Now, some men have done a gay version of the New Rules video, lip syncing to the song.

Shot in modern home in a tropical location, this video lovingly recreates many of the moments of the original video including all the friends fixing each other’s hair, the dancers falling into the pool and coming back out, and the yellow-tinted sunglasses.

Rather than having the main guy walk on water however, these men carry their friend above the water in the swimming pool. 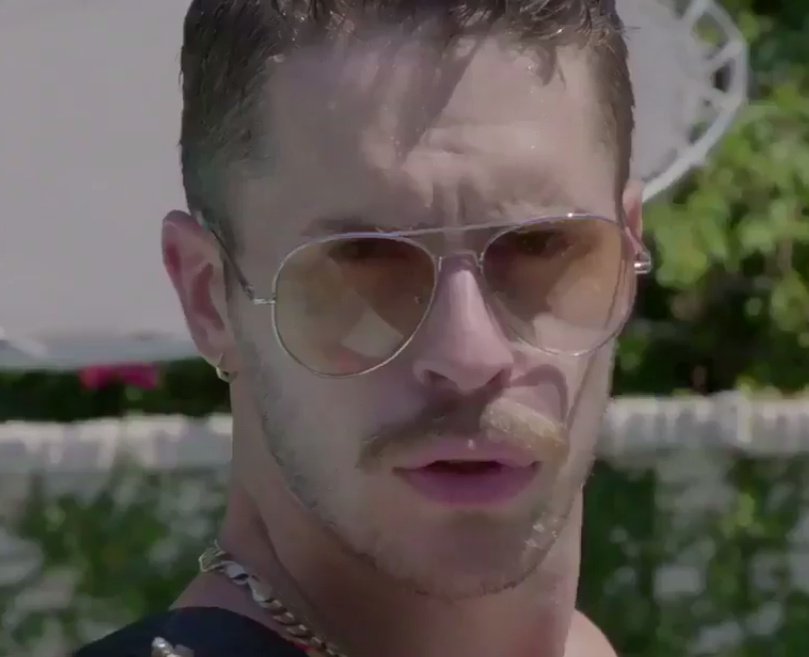 The video is going around on Twitter. We’re not sure exactly who the men behind the video are, but it brought us a smile and big chuckle. So, we wholeheartedly approve.

The gay version is only 55 seconds long, but gay men have always been known for liking quickies.

Have a look and a laugh.