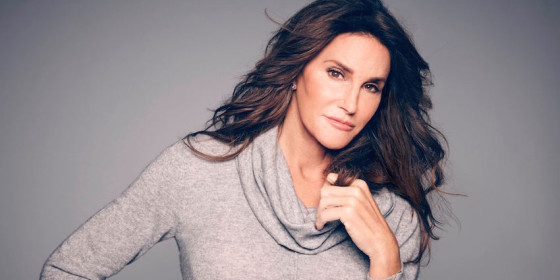 Caitlyn Jenner, despite being a trans woman, has been an outspoken Donald Trump supporter. However, it seems like her feelings towards him are slowly starting to change.

After Trump Tweeted about banning transgender people from the military, Jenner took to the social media site to express her outrage. Yet, those on Twitter weren’t buying her sudden anger.

Now, after being caught wearing a Make America Great Again (MAGA) hat, even after the trans military ban, Jenner is finally denouncing the Trump administration.

‘What he’s doing to our community is absolutely f*cking awful,’ she told TMZ.

According to TMZ, Jenner wore the MAGA hat to protect her hair on the way to the Sherwood Country Club in Thousand Oaks, California. She reportedly ‘rummaged through the 10 hats in her closet and grabbed one without looking at the stitching.’

‘I apologize to all of the trans community. I made a mistake. I will never do it again and I’m getting rid of the hat,’ she said, planning to either burn the hat or sign it to be auctioned off for a transgender charity.

Still, people on Twitter don’t have sympathy for her.

@Caitlyn_Jenner : kindly go away. You are not interesting, relevant or any sort of role model. #embarrassment https://t.co/Vw4Hbibirs

@Caitlyn_Jenner is basically the Rachel Dolezal of the LGBTQ community but with less effort, dedication, & desire to truly belong or fight

@Caitlyn_Jenner – You should own your actions and stop making pathetic excuses; theyre obvious lies. You have a long way to go in understndg

He showed you who he was and you still voted for him and now you detest him bc he’s against transgender. It’s not about you @Caitlyn_Jenner

@Caitlyn_Jenner U didn’t know it was w/U when U left? PLEEZ! You must b learning lying skills from Trump himself! https://t.co/Q2bAN1AJjG

@Caitlyn_Jenner So vowing to never wear MAGA hat again IN PUBLIC makes it OK? So now you’ll just ‘hide’ ur Trump support in the dark! #AWFUL

@Caitlyn_Jenner You chose Trump and didn’t like the backlash. Check the mirror, your lack of integrity is showing!

Caitlyn Jenner Says I Hate Trump and the Hat Was a Comedy of Errors https://t.co/SRQcajIkXD via @TMZ
She doesn’t have another HAT?

Shut up @Caitlyn_Jenner. You did it for attention. Now you are getting attention. https://t.co/ib7HBqgOsZ