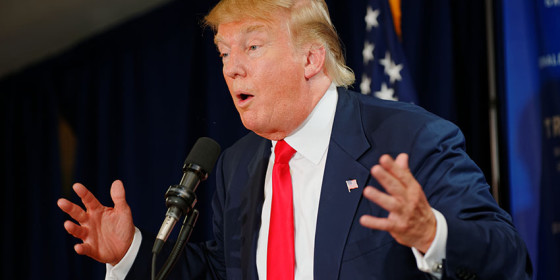 Trump’s proposed ban of transgender people serving in the US military is slowly becoming actual policy.

Though Trump initially announced this ban via Twitter, those Tweets are now being used as ‘guidance’ for new policy implementation, according to the Los Angeles Blade.

The policy, called ‘A Guidance Policy for Open Transgender Service Phase Out,’ has not been made public yet. However, sources familiar with it say it would encourage early retirement for trans soldiers, deny trans soldiers the right to reenlist after their contract is up, and fire any trans soldiers up for a promotion.

‘The safety of all service members – transgender or not – is undermined by a policy like this that distracts from the important missions they have for no valid reason,’ Buchert continues.

‘It is also a slap in the face of the leadership who have worked diligently to develop and implement the current policy which has been in place for more than a year without incident.’

‘This mean-spirited and discriminatory attack on our community is capricious, irrational and clearly driven by anti-LGBT forces in the administration who care more about harming transgender people than keeping our nation safe. It is clearly unconstitutional.’

Lambda Legal plans to sue Trump if this policy passes.