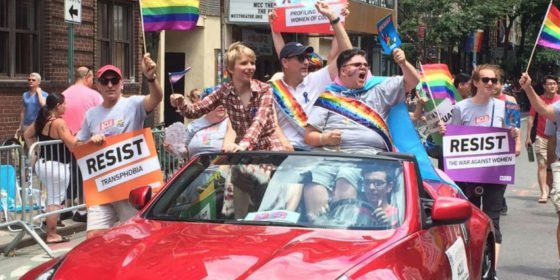 Marching with American Civil Liberties Union, Manning posted a photo of herself in a red convertible, waving a trans flag.

Just over a month after she was released from jail, Manning was beaming with pride in a plaid dress.

She wrote on Instagram: ‘[I] was honored to represent the ACLU at this years New York City Pride March. [I] started to lose my voice from screaming so much.’

Manning was charged with espionage and 21 other offences, including stealing government property and a number of disobedience charges.

She publicly came out as a trans woman on 22 August 2013, the day after she was sentenced to 35 years in prison by a court-martial.

As one of President Obama’s last acts in office, he reduced her sentence to seven years. 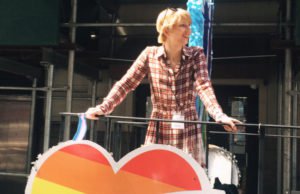 In her emotional first interview after coming out of jail, Manning thanked Obama for releasing her, as she choked back tears.

She also accepted responsibility for her actions in leaking official documents.