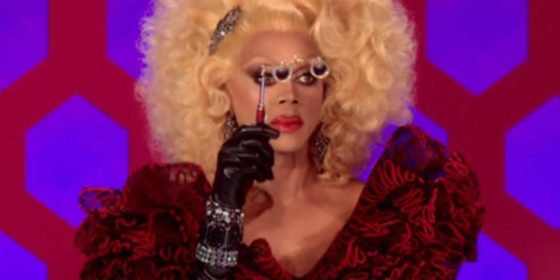 Why She’s An All Star: Winning four challenges, something done by only Sharon Needles and Alaska? This Chicago queen is a talented bitch, won a legion of fans on season 9 and was the frontrunner for the crown. Did she stumble in the final lip sync showdown? Perhaps. But this queen is one we desperately want back on our screens to show the world how to slay.

What We Want To See: With the budget of a Ru Girl, it’d be good to see her in something more than a swimsuit and a jacket. But with a little refining on her look, it’s hard to not imagine her with a crown on her head.

Why She’s An All Star: Trixie has long said the real Drag Race starts after the show. And luckily for Trixie, that is very true. While she may have struggled on the show, her country music and her comedic chops on UNNhhh have shown she is a formidable talent. If we’re going on fans, Trixie could have this on lock.

What We Want To See: Trixie needs to do Snatch Game. Possibly as RuPaul – if she can get away with it.

Why She’s An All Star: Trinity is fiercely competitive but also fair – she’s a pageant queen through and through with a lot more to show. And when you have a fan like Chris Pine, that’s All Star material.

What We Want To See: All Stars gets the queens to compete. And if it’s a repeat of last season, which had the queens vote each other out of the werk room, Trinity is the type that wouldn’t care about sending home a fan favorite. And that is the drama we are gagging for.

Why She’s An All Star: If you could bottle natural talent, it’d have to be Chi Chi DeVayne. A self-confessed ‘trash queen’, she consistently brought Louisiana treasure to her performances. And when she added her And I Am Telling You I’m Not Going to the show’s lip sync hall of fame, it made her a legend.

What We Want To See: Chi Chi has worked on her makeup, her look, and she’s got a breastplate that she clearly loves. This sweetheart may be congenial, but that doesn’t mean she’s not going for the crown.

Why She’s An All Star: ‘Take that thing off of your mouth’. In Drag Race history, RuPaul has never stopped a lip sync. As Valentina appeared to be shooting straight for the win, she faltered, and went home for not knowing the words. Her fandom, how she seems transplanted from a telenovela, and her commitment to stardom needs to be seen on TV again.

What We Want To See: We need to see Valentina lip sync to redeem herself. Without a mask. And with her knowing the words.

Why She’s An All Star: Say what you like about Shangela, but the girl has got resilience. She’s a fighter, she’s a fantastic mover, and she’s fiercely competitive.

What We Want To See: Can she sew yet? Probably not. But can she bring drama? Definitely.

Why She’s An All Star: If there was an all-sewing season of Drag Race, Acid Betty could very likely walk it. The way she reinvented the Money Ball, as well as the creativity of her looks, is revolutionary. Plus she doesn’t give a shit, and that’s always good to watch.

Why She’s An All Star: ‘After a long night of hooking, trade didn’t like the session so he had gutted me..and set me on fire..but I didn’t die..bitch, I crystalized…and now I’m a Glamazon bitch, ready for the runway’. That alone would be reason. But she’s so much more. This southern pageant queen is a phenomenal dancer and is polished and professional. Would you want to go up against Kennedy in a lip sync? We wouldn’t like our chances.

What We Want To See: We’d watch a full hour of just Kennedy lip syncing. So that?

Why She’s An All Star: Ongina made revolutionary television when she came out as HIV positive on TV. With her bald head, sickening looks and charisma, Ongina is a legend. It’s been far, far too long since she’s been on our screens. If any queen from an early season could come back to show the new fan base what she’s got, it has to be Ongina.

What We Want To See: Ongina could very easily be the new Tatianna and win the hearts of the public. It’d be incredibly well deserved.

Why She’s An All Star: Willam, as well as Latrice Royale and Sharon Needles on the same season, is the reason why Drag Race is as popular as it is today. With her hilarious wit, sickening looks and shade for days, Willam is an All Star that just hasn’t been given the title yet.

What We Want To See: Now you might think Willam is too big for the show, but we could see her wanting back on one of the most viral shows in the world. Nancy Drews on Reddit have found Willam has deleted certain posts on social media where she was critical of the show. And apparently T has been spilled the producers want Willam back. So it’s definitely a possibility.

And with these 10 queens, All Stars 3 would be unforgettable. Unconfirmed reports suggests it is scheduled to film this summer after season 10.

Who would you want on All Stars 3? Let us know in the comments!