The center of World Tourism, the Center of Dialogue amongst people and cultures, and the Center for World Peace will be in Chengdu, China in September.

Chengdu will be the center of controversy when it comes to the newly to be elected UNWTO Secretary General, and it will be a chance for the host China to show strength and global leadership.

It will also be a chance for tourism to show this industry is more than blue sky, sandy beaches, and good wine, and it’s more than a yes man industry to please foreign ministers or heads of state.

Threats made to global instability becoming louder and more serious. Mr. Song Jo Kim, Director of the National Tourism Administration in Pyongyan, the Democratic People’s Republic of Korea, also known as North Korea, is due to attend, together with delegates from 155 countries, the upcoming General Assembly of the World Tourism Organization (UNWTO) scheduled to take place in Chengdu, China, on September 11-16, 2017.

This year, the General Assembly of the World Tourism Organization could very well become the most important one ever with an extended mission for dialogue and peace.
Having such a conference in a country like China makes this venue close to perfect this year.

It is not the white pandas that delegates will be invited to admire when they are in Chengdu, but rather it is the chance to get the global travel and tourism community leadership together under one roof. Global tourism ministers and officials will have a dialogue on tourism and possibly more. This is what will make the potential of the importance of this meeting in China significant. Tourism is integrated into geo-political issues.

This tourism superpower has a chance – and an obligation – to the world to become a catalyst for a discussion for peace that is so needed in today’s world.

There is even more at stake in China this year. The UN World Tourism Organization (UNWT)O has elected a new nominee to take over from one of the most respected tourism leaders the organization and the world has ever had – Dr. Taleb Rifai from Jordan. This nominee is Ambassador Zurab Pololikashvili from the Republic of Georgia. He will be in China with his prime minister, Giorgi Kvirikashvili, who many think was the true winner of Zurab’s nomination.

Zurab’s nomination for UNWTO Secretary General has become the center point of discussion, allegations, and whispers in the global travel and tourism community. This publication has extensively reported on this subject.

The person that will lead the World Tourism Organization through such upcoming difficult times has to, first and foremost, be above reproach himself. There simply cannot be any allegations or proof to cause doubts in his ability to carry out the work of this integral tourism position. He needs to be strong, outspoken, and a master of communication with high ethics. He needs to be able to work independently and separate from his Prime Minister and his foreign minister – and for the good of the world, not just his own country.

With all due respect, this truly is not how this nominee, Zurab Pololikashvili, has positioned himself. Allegations of vote buying, illegal wiretapping, and rule violations in the process of this election have overshadowed the entire election process after the fact.

The full UNWTO assembly of representatives that will meet in China needs to be solid, fair, and ethical when it confirms or does not confirm, this nominee.

The intervention by the Zimbabwe Minister of Tourism will show the importance of a needed reform. Delegates should not judge this outspoken minister by his country alone. They should appreciate him being the only one to take leadership when speaking up as a one man minority. It’s not about him, it’s about the industry every delegate will represent.

China will have the difficult and important task of overseeing its options as the host for this meeting, and it must show true leadership. China is known to always act independently. Therefore, the hope is that China will have the fortitude to be resilient and stand up for what is right. 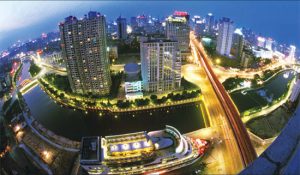 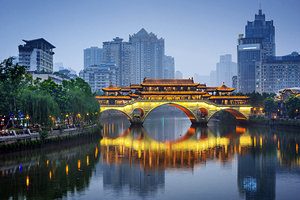 Chengdu is the best platform for the UNWTO to move forward out of this difficult internal and external situation, keeping the world of tourism with the respected status that it should have, with its head held high in the global community, and with the strength, support, and power to maneuver through storm clouds when it’s called for.

… and at the end of the meeting,  tourism leaders should visit the Chengdu Research Base of Giant Panda Breeding and talk some more or enjoy a dinner in one of the excellent restaurants this city is also famous for. Chengdu is the capital of southwestern China’s Sichuan province. Chengdu’s history dates back to at least the 4th century B.C., when it served as capital for the Shu Kingdom. Artifacts from that dynasty are the focus of the Jinsha Site Museum.