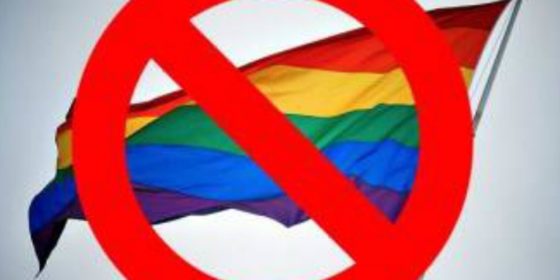 A Christian lobby group in South Australia wants to ban LGBTI people and people with mental health issues from attending its services.

In a submission to a federal parliament enquiry into freedom of belief, FamilyVoice argued the transgenderism was not real.

‘The reality is that ‘sex change’ is a myth. Neither hormone treatment nor surgery can actually change a person’s sex,’ FamilyVoice wrote.

‘For very good reasons, a religion may not wish to engage a person who has a mental illness and displays disturbed behaviour,’ it wrote.

‘Such behaviour would adversely affect a church service, which is sacred in nature.

‘A simple provision should be added for an exemption from the act for persons … whose conscientious beliefs do not allow them to comply.’

And they definitely don’t want gays

Also in its submission, FamilyVoice came for the LGBTI community and ‘the morality of homosexual behaviour’.

It tried to argue that their freedom to religion has been encumbered by anti-discrimination laws created to protect LGBTI people and it would create more conflict in society.

‘The fact that many Christians, as well as adherents of other faith traditions, hold strong beliefs that are antithetical to these protected attributes means that conflict over these attributes is almost inevitable,’ it wrote.

‘The effect of the Act is to empower those who have espoused one value system to impose their beliefs on those with contrary beliefs. Far from fostering social harmony, the Act is likely to exacerbate social divisions.

‘Various anti-discrimination laws directly interfere with freedom of religion by prohibiting conduct that is required to give effect to religious beliefs and need to be addressed.’

That’s not what we meant

Following the national media attention its submission received, FamilyVoice said it did not mean that they want to discriminate against people with mental illness.

‘FamilyVoice Australia does not advocate discrimination against persons on the basis of their mental or physical health, despite the implication of news reports today,’ said FamilyVoice National Director Ashley Saunders.

‘We have absolutely no desire to exclude disabled persons.

‘We hold the view that it would be most unhelpful if a religious organisation had no option but to engage someone in a public role who (for example), struggled with uncontrollable urges to loudly vocalise profanity or sexually explicit phraseology that would upset family worship services.’