A design in the new Converse Pride Collection 2017

The Boston-headquartered company has commemorated Pride season annually since 2014, following in the footsteps of its parent company, Nike.

Nike was the first leading sportswear company to appeal to LGBT consumers with its #BeTrue selection, with subtle rainbow branding. It has since been followed by the likes of Adidas.

Last year, Levi’s produced a range of Pride-related merchandise, drawing upon the late LGBTI-rights activist, Harvey Milk for inspiration (the Harvey Milk Foundation benefitted from a portion of the profits).

Converse says that net proceeds from the sales of the 2017 Pride collection will go to It Gets Better and The Happy Hippie Foundation, ‘two organizations that support the mission to create and inspire positive outcomes in the lives of lesbian, gay, bisexual and transgender youth around the world.’

‘Through this collection, Converse says YES TO ALL, standing with the belief that whatever your gender, sexual orientation, or identity, everyone is free to be who they are,’ said the company in a press statement.

Check out the range below. 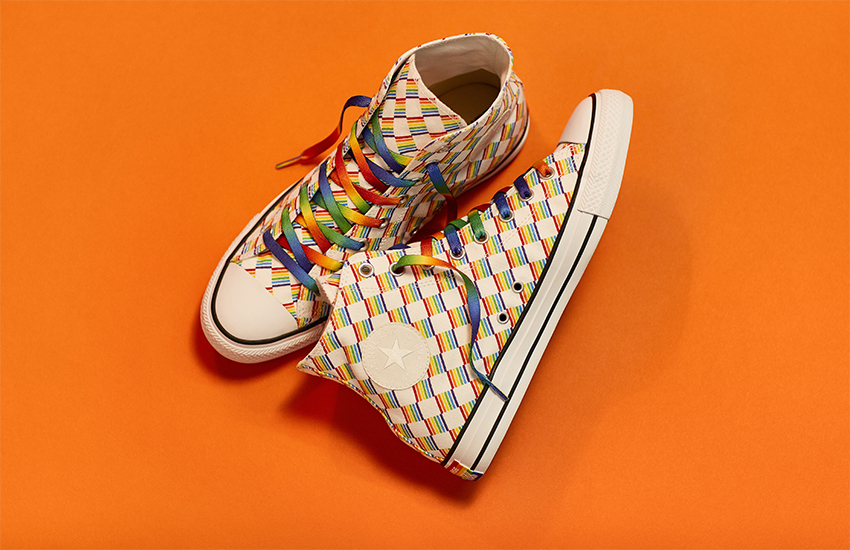 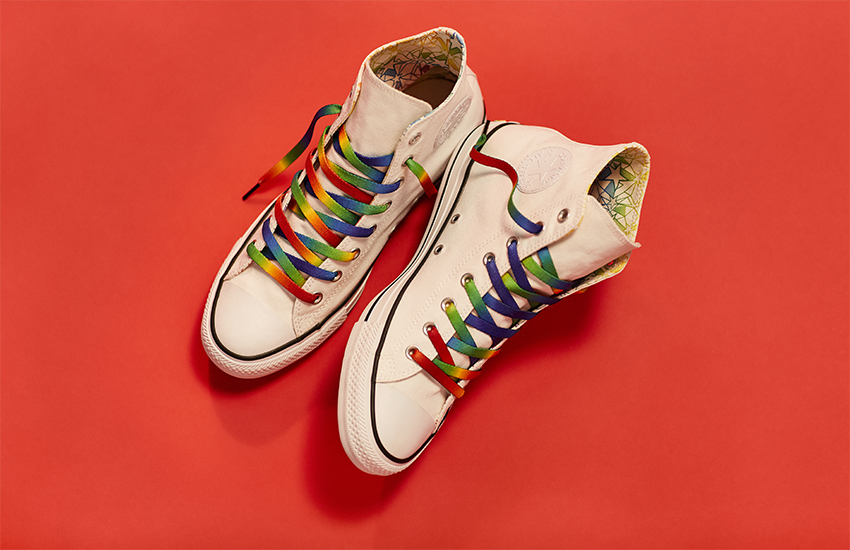 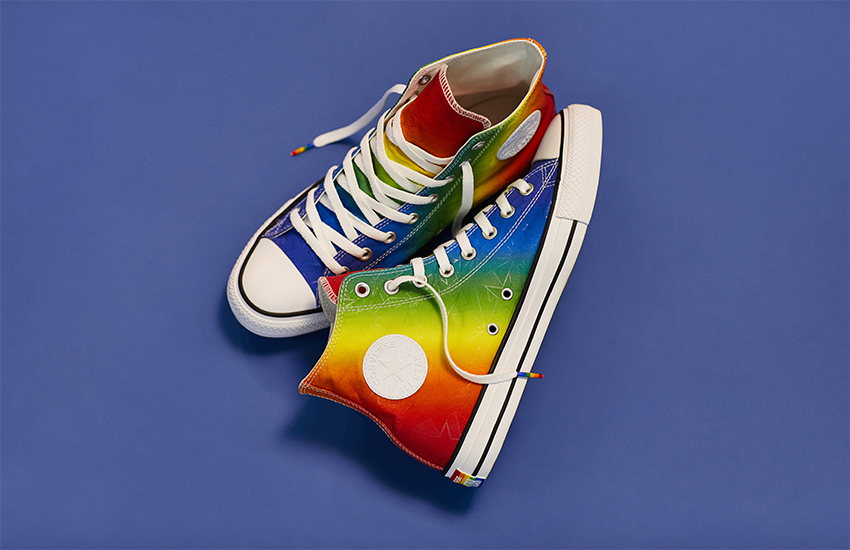 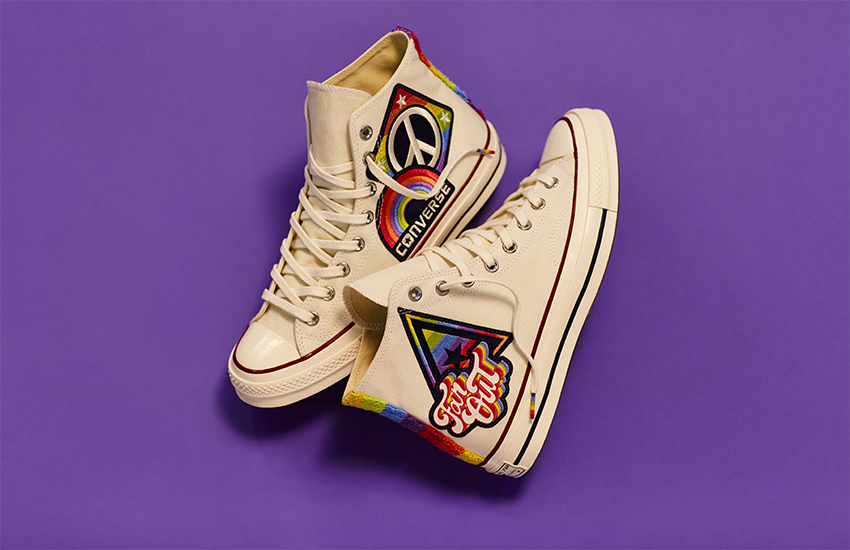 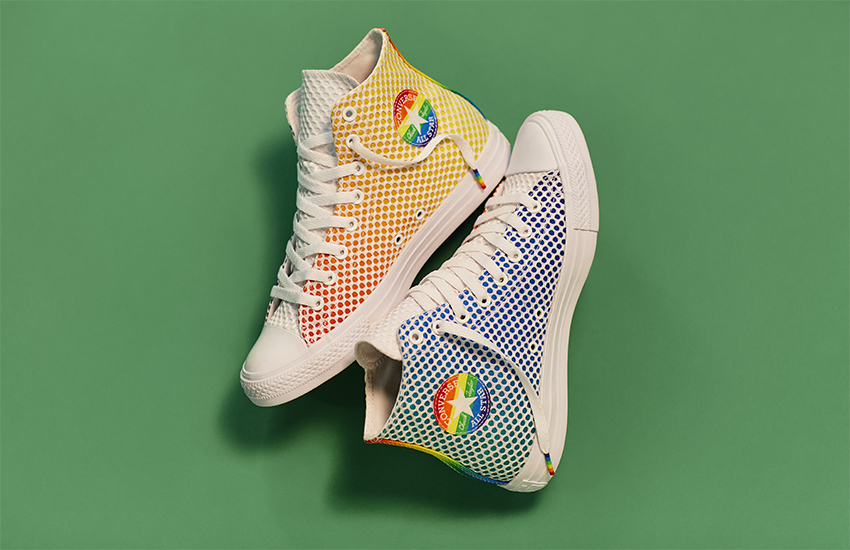 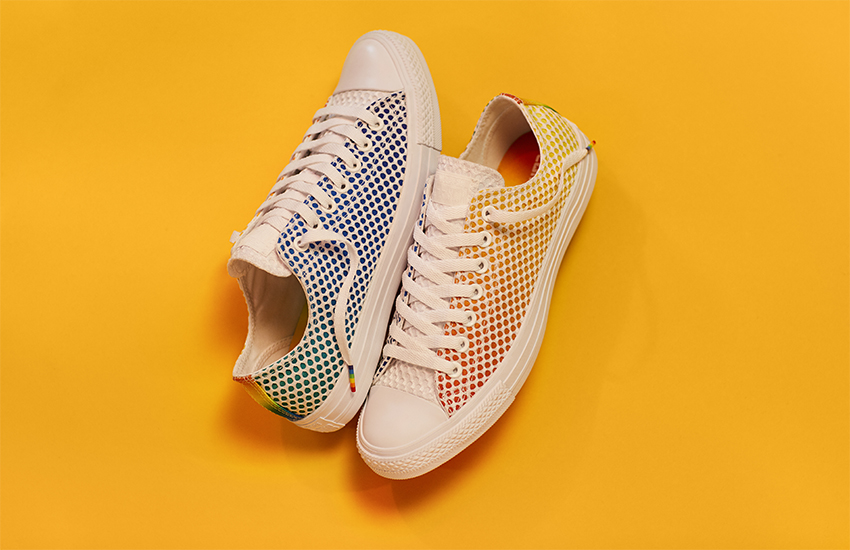