An eight-year-old allegedly tortured and killed by his mother’s boyfriend because he was thought to be gay suffered more than any other child in the past decade, authorities have said.

Isauro Aguirre used torture methods to kill Gabriel Fernandez, including beating, whipping, shooting and starving him, the prosecution has said.

Aguirre, 32, sobbed during his police interrogation, which was shown to the court.

His defence attorney has argued that these tears were his client expressing remorse, but Detective Elliot Uribe of Los Angeles County Sheriff’s Department cast doubt on this statement.

Detective Uribe testified that though suspects sometimes cry out of remorse, he has also seen suspects cry selfishly, because they’re scared about what will happen to them next. 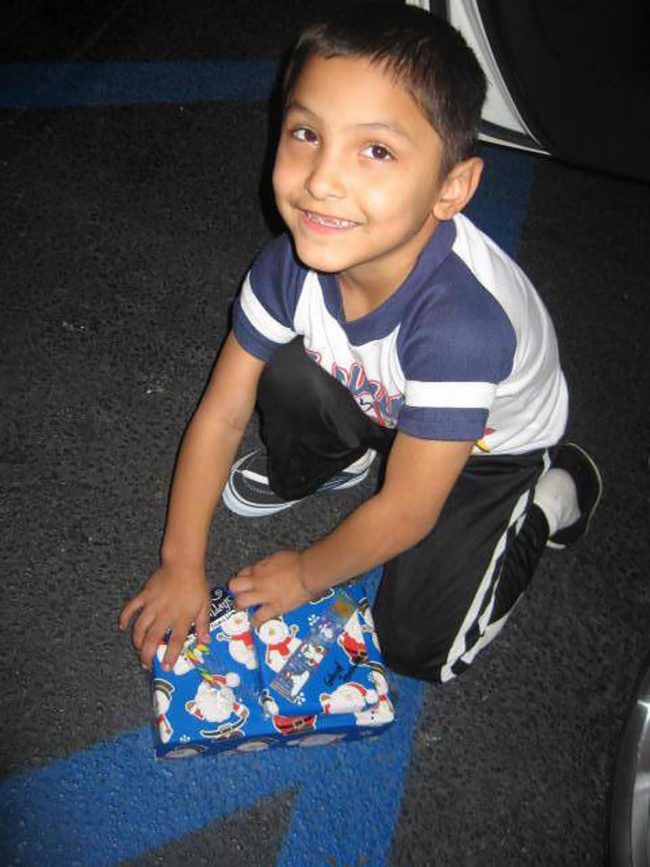 He also told the court that the injuries inflicted on the child “were the worst injuries I’ve ever seen on a child.”

The detective has worked for the sheriff’s Special Victims Bureau for 10 years, according to local reports.

Criminalists previously told the court that Aguirre had repeatedly slammed Gabriel’s head into the walls of their home, causing hundreds of blood stains and dents.

Earlier in the trial, Gabriel’s teenage siblings Ezequiel and Virginia caused jurors to sob uncontrollably as they described horrific torture which they said Gabriel had suffered.

Ezequiel, 16, said Aguirre shot Gabriel with a BB gun in the face and groin and beat him using wire hangers and a belt buckle.

The court has also seen footage of Aguirre admitting that he lost count of how many times he punched the eight-year-old in the head. 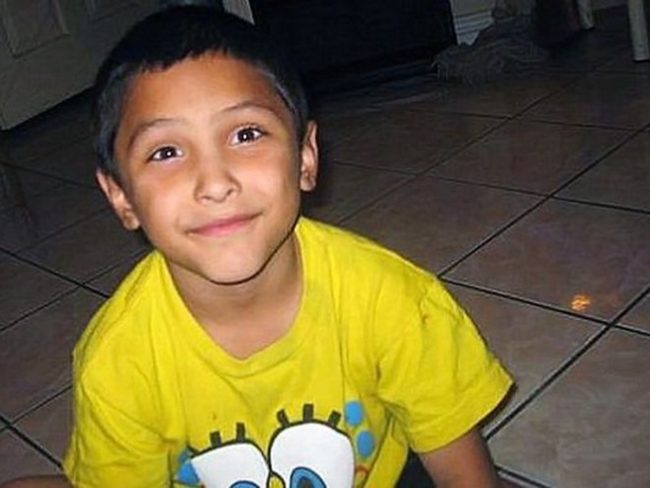 The social workers have pleaded not guilty.

Both she and Aguirre, who have pleaded not guilty, could face the death penalty if convicted. 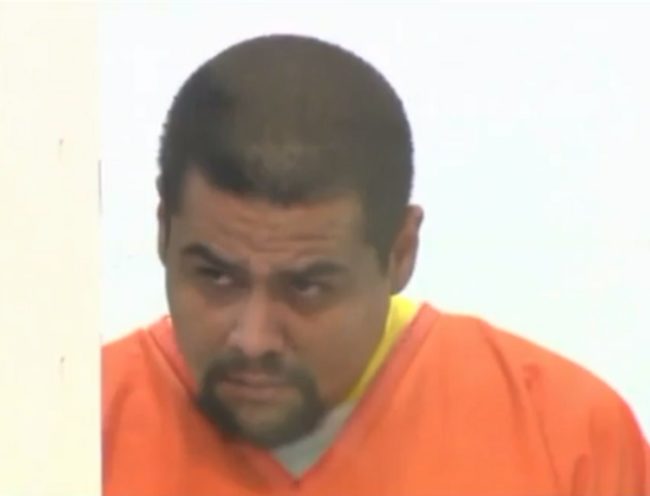 Gabriel’s grandfather Robert Fernandez has previously testified for the prosecution, crying as he told the court about the last time he spoke to his grandson.

Robert, who previously raised Gabriel with his wife, said he loved him like a son.

“We had custody of him,” the grandfather said. “I didn’t think Pearl wanted him.”

In their last conversation, conducted over the phone, Robert told the court: “He said he wanted to come home.

“I told him that…the DCFS was investigating the case and I couldn’t bring him home, but that they were, one of these days, going to bring him home,” the grandfather said, according to CBS Los Angeles.

“And I promised that to him.” 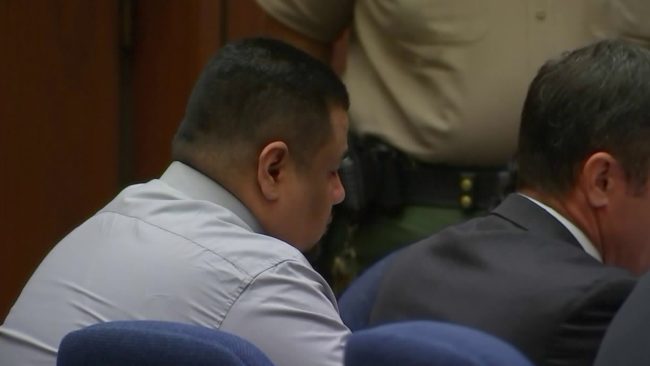 In early 2013, Gabriel told his teacher that he was being beaten at home, information which the teacher immediately reported to the Department of Children and Family Services.

The court heard a recording of a call Garcia made to the authorities, in which she says that Gabriel had told her: “Sometimes my mum makes me bleed.

“And he says, ‘you know that part with the metal on it? That part.’”

The teacher told the court that over the next few months, she saw multiple bruises, burns, wounds and other injuries on the child.

The prosecution had earlier accused Aguirre of forcing the child to wear pink leggings and a dress to the school.