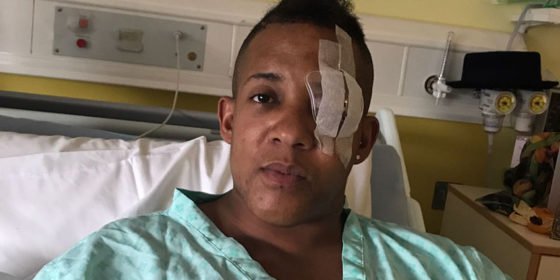 A gay man is facing a lifetime of blindness in one eye after an attack and robbery outside a gay club in London.

Lewis Davis, a 37-year-old marketing assistant for luxury beauty brands, was out with two friends celebrating after Pride in London on Saturday night (8 July).

Arriving into Soho at 8.30pm, the three friends realized the main gay area was too busy to go out. And when they had gone to the Royal Vauxhall Tavern, the queue was too long.

So the three friends decided to go to Fire, a gay club in Vauxhall, South London, early.

All Davis can remember is dancing, saying goodbye to a female friend, and then nothing else. His memory is nearly completely gone from that night. 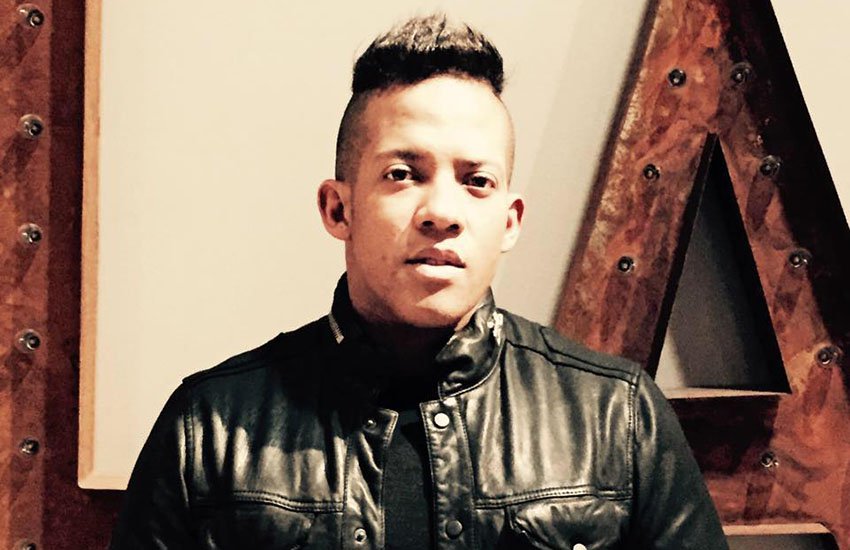 The next day he woke up in St Thomas Hospital in Waterloo, wrapped in bandages.

‘We don’t know anything about what happened. All I know is I went clubbing and I woke up with no vision in my eye.’

Some personal items, like his phone and wallet, were missing. When he woke up, doctors were asking him for the phone number of a member of his family.

‘I was a bit shell-shocked,’ he said. ‘No one had been contacted. I managed to give my mum’s telephone number. She then rushed to hospital.

‘I was then in surgery for four hours while they tried to fix my eye…I don’t really remember that at all.’

Attack victim: ‘I may never see out of that eye again.’

While the doctors did what they could, Davis was told his left eye had suffered irreparable lifelong damage. It is likely he will never be able to see out of that eye again.

‘You don’t expect to hear that ever,’ Davis added, who has his 38th birthday next week. ‘I’m just trying to get used to it. I’m a strong character and very optimistic.

‘I just don’t believe I’m never going to see out of that eye again.’

There was a silver lining. As Davis’ eyes are still connected to each other, they can look the same way. Cosmetic surgery will reduce as much of the damage as possible.

Fire is providing police with their CCTV footage to help catch Davis’ attacker. A friend of Davis told GSN that officers have said it is likely he was hit with a blunt instrument. It is apparent he was kicked in the head.

Police are also reportedly looking into the possibility Davis’ drink was spiked.

‘My life is changed forever…[but] I feel blessed,’ Davis said, resolutely. ‘A lot of people have come to visit me, more than I’m technically allowed. It was almost a party here last night.

‘A friend has also set up a Go Fund Me page.’

He added: ‘I just wish I knew more about what happened to me. I’m very confused right now.’

Julie Lyons, the investigating London Metropolitan Police officer, said they are making inquiries. They cannot even guarantee whether it was an assault or it was a fall.

Detective Constable Julies Lyons, of Lambeth CID, said: ‘We are desperate to find out how this man received this terrible injury. We have made enquiries at the nightclub and we believe the injuries did not happen there.

‘The victim has suffered a terrible trauma to one of his eyes and and I would appeal to anyone who who might be able assist to call police. At this time we have not be able to find out how and where he was hurt, or even how he got to hospital, and your call may be vital in helping us understand what happened.’

Officers would like to speak with anyone who saw the victim. Davis was wearing black jeans, a black t-shirt with flowers on the sleeve, and a black hat. He was carrying a navy blue bowling-style bag.

Any witnesses, or anyone with any information, is asked to call officers at Lambeth via 101 or contact via Twitter @MetCC.