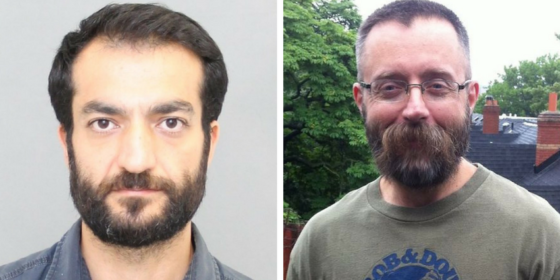 The Toronto Police Criminal Investigations Bureau (CIB) has set up a special taskforce to investigate men going missing from the vicinity of the city’s gay village.

It will investigate the missing case of Andrew Kinsman, missing for just over a month, and Selim Esen who disappeared in April.

Both men went missing near the town’s gay village and are both in their 40s.

This new task force comes as a meme with 11 missing people posters has spread online fueling speculation of a wider conspiracy.

Five of the 11 men featured in this meme have been found safe, and one has died in an apparent suicide.

One of the men is a prominent member of the community

Andrew Kinsman is well-known in the local LGBTI community for his advocacy work. He works as a staff member for the Toronto HIV/AIDS Network.

The 49-year-old went missing over a month ago on 26 June, a move his friends have described as out of character.

He was last seen when returning home from a Pride event.

A friend, who police believe to be the last one to have seen him said, Kinsman was ‘happy and upbeat.’

‘Police are saying they may not be connected. But the public feels they might be.

‘Folks here are definitely talking about it.

‘We all know Andrew, so it’s concerning. He’s a lovely guy.

‘I fear as it happened over Pride it might be foul play or a hook up gone bad.’

Are the disappearances linked?

Another man Selim Esen has been missing since April. Forty-three-year old Esen’s disappearance had flown relatively under the radar until recently.

Police say both Esen and Kinsmen ‘are members of the Church Wellesley community,’ known locally as the gay village.

The Torontoist reports, Detective Sergeant Michael Richmond, says the main link between the cases is that both men were ‘very active on social media.’

They explain this can be understood as ‘frequent users of gay cruising apps, such as Grindr, Scruff, and Hornet.’

This is not the first time the Toronto LGBTI community has been on edge.

Between 2010 and 2012 three further men vanished from the gay village without a trace.

All three of the still missing men were also in their 40s or early 50s, like Esen and Kinsmen. They too frequented the same haunts on Church Street in the city’s gay village.

Vice News explored other eerie similarities between the cases. Its report explored the fact disappearances often happen around holidays. Kinsman’s vanishing happened at Pride, while others have happened at Christmas and Thanksgiving.

A town hall meeting has been arranged for Tuesday 1 August, at 519 Church Street in Toronto to discuss the cases.