The makers of a map app were left red-faced when it was brought to their attention that an image of a group of men engaged in sexual activity was being used on their platform. The image was used to illustrate Hampstead Heath in North London.

‘I stumbled across it as I’d just come from work and saw a lot of friends on Instagram there,’ Mitch told GSN.

‘I was already meeting a friend in Hackney Wick but wanted to check how far it was. When that came through, it made a change from the usual underground sign thumbnail!’

Monday was a public holiday in the UK, and much of the country enjoyed unseasonably good weather. Temperatures hit 79F in the capital. Many had the idea of venturing out to parks or countryside.

Hampstead Heath is one of the biggest green spaces in London, with fields, woodlands and swimming ponds. It’s popular with a huge cross section of people.

It also has a reputation for being a gay cruising spot. For decades, men have indulged in al fresco sex sessions in some of the Heath’s more secluded woodland quarters. 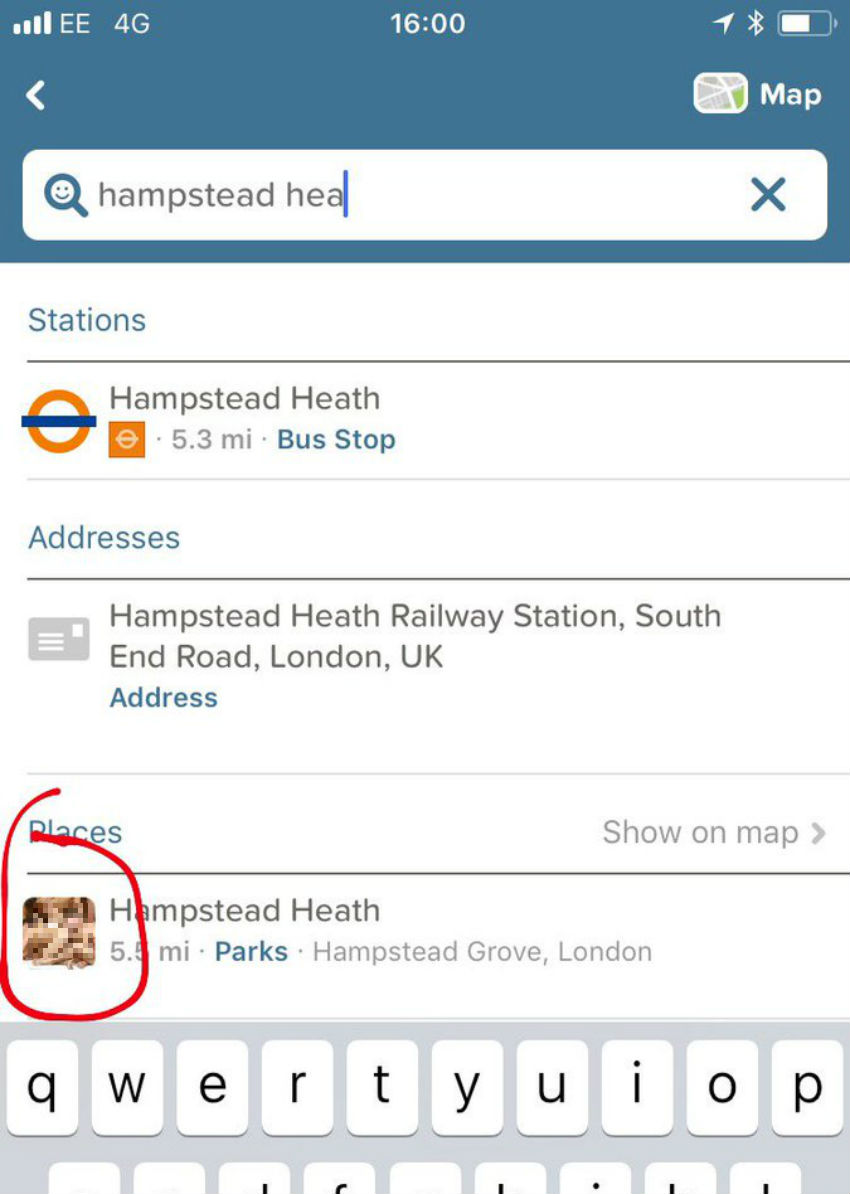 Citymapper was quick to respond, saying: ‘Uhoh, we’re in touch with our partner @Yelp @yelpsupport to get this corrected, meanwhile FYI it’s just an innocent park.’

Uhoh, we’re in touch with our partner @Yelp @yelpsupport to get this corrected, meanwhile FYI it’s just an innocent park

The listing image has now been changed for a more generic one of the Heath.

CityMapper’s answer suggests that its draws upon Yelp listings for its information and imagery.

Yelp is a GPS-assisted search engine. It allows members of the public to upload their own images of businesses and locations. Moderators remove images that contrene Yelp guidelines, when brought to their attention.

The offending image has now been removed.

GSN has contacted CityMapper and Yelp for further comment.