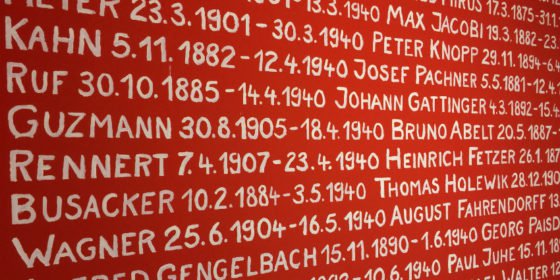 Germany voted to officially overturn the convictions of gay men between 1945 and 1969 due to an anti-gay law yesterday (22 June).

It previously pardoned the convictions of gay men during the Nazi era, but this new advancement broadens the pardons.

The Paragraph 175 law prohibited sex between men, and began under the German Penal Code in 1871. Sex between women has never been criminalized.

The law was rarely enforced until the Nazi-occupation at the start of the twentieth century.

During this time, over 50,000 gay men were convicted under the law, with 10,000 sent directly to concentration camps.

In fact, there were more men sent to prison because of § 175 between 1945 and 1969 (when the law was changed for the first time) than in the entire Nazi era.

Officially overturned in 1994, the law caused immeasurable pain and suffering on many German gay men.

It ‘created unimaginable suffering, which led to self-denial, sham marriages, harassment and blackmail,’ he said.

But the announcement was ruined by a last-minute decision of the Christian Democratic Union of Germany (CDU) Party to exclude all men who had sex with boys under 16 from this pardon.

Kevin Clarke, member of the board of directors from the Vorstand Schwules Museum – Germany’s leading LGBTI museum – believes this CDU amendment ‘spoils the joy’.

He believes it doesn’t make sense because the age of consent is 14 in Germany, asking: ‘How are the victims of § 175 supposed to prove, today, the age of the former sex partners?’ 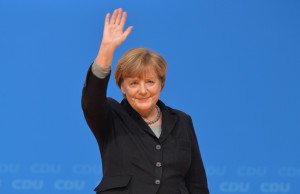 He said it’s unfair because the victims are being asked ‘to prove their innocence, before the general pardon applies to them.’

According to Clarke, the Christian Democratic Party, led by Chancellor Angela Merkel, spoiled the good news.

He said: ‘Just like the CDU has refused marriage equality, out of “fear for the traditional family,” they now try to put the victims of § 175 in a pedophile light to stir more fears and resentment.

‘They were not even able, on a historic day like yesterday, to simply say: We are sorry and apologize for what happened.

‘It seems the CDU still needs homosexuals as the dangerous other, to justify their politics,’ he said.

Same-sex marriage is not legal in the country, but civil partnerships provide most of the same rights.

René Mertens, representative for the Lesbian and Gay Federation in Germany, told Gay Star News: ‘The decision of the Federal Constitutional Court is disappointing.

‘Now it’s important that the German Parliament prepares the way for full marriage equality in Germany. The CDU has to stop blocking marriage for all and, they have to start preparing the way for marriage of same-sex couples,’ he said.

A recent study found 83% of Germans support same-sex marriage, yet it’s held up by anti-gay politicians in the German parliament.