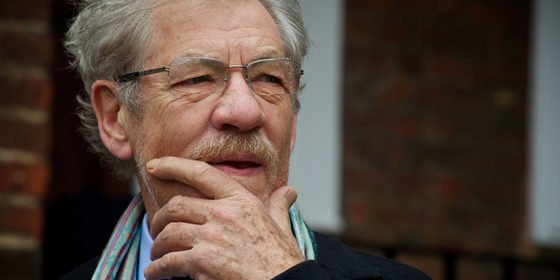 Ian McKellen is taking US President Donald Trump to task for not standing by his campaign pledge to support the rights of LGBTI people.

Trump has yet to acknowledge LGBT Pride Month, has appointed several anti-LGBTI cabinet members and allowed federal guidelines to protect transgender students in school to be rescinded.

‘The gay rights movement began in America. It began in San Francisco, it began in Stonewall, the city where Donald Trump was born and thrived.’

The two-time Oscar nominee admits he’s not always up to date on the actions of the controversial former host of The Celebrity Apprentice because he ‘can’t follow Mr. Trump.

‘He’s a very bad communicator, at least to me. Get more straightforward, Donald. And then we can take you seriously.’

McKellen, 78, played Gandalf in The Lord of the Rings and The Hobbit trilogies and Magneto in the X-Men films.