One of the first officers on the scene of the massacre at Pulse nightclub in Orlando, who now had post-traumatic stress disorder, is being dismissed from his job Eatonville Police Department.

Omar Delgado was labelled a hero, when he saved the life of Angel Colon in June 2016, who was shot several times by the attacker. ﻿

The attack was one of the deadliest mass shootings on US soil in recent history, and the deadliest act of violence targeting LGBT people in United States history.

Read a remembrance of the attack, one year on.

Delgado returned to patrol duty for a few months after the shooting, before being found unfit for full duty by a doctor due to PTSD and moving to desk-work.

He believes his PTSD diagnosis played a part in his being let go.

“I don’t need to be a police officer with my gun belt and so forth to do those little tasks,” Delgado told the Orlando Sentinel.

“Could they have let me do that for six more months? That’s the debate.”

It has been decided that Delgado’s employment will be terminated from December 31, and The Town Council voted unanimously Tuesday night to pay him about $1,200 before taxes in accrued sick time.

Delgado has been working for the department for nine-and-a-half years, so six more month employment would have allowed him to become vested in the pension system and collect 64% of his salary with benefits for life.

Instead, he will have to wait ten years to begin claiming, and it will only be able to claim 42% of his salary.

The Police Department would not confirm to the Sentinel the exact reasons for Delgado’s dismissal. 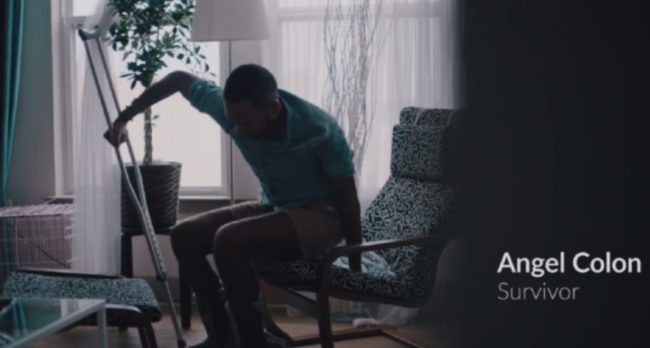 Conlon was at Pulse with his husband and six friends, four of whom were killed in the attack. He himself was hospitalised and took a long time to recover.

He says that it’s unfair that the department doesn’t have Delgado’s back, when he sacrificed so much for the community.

“It’s a horrible feeling because this man, Omar, has been there for me ever since June 12,” he said. “He’s the person who saved my life.”

Delgado’s daily life is affected by his PTSD, he doesn’t like going to restaurants or bars anymore.

“Too many people,” he said. “God forbid, something happens — I don’t know if I’d be able to react.”

Delgado says the state needs to do more to support the mental health of first responders, and provide compensation to those traumatised by the incidents they serve.