When Michael Nugent was scrolling through a gay dating app, he noticed an ad for a home-delivered HIV self-testing kit.

Even though Nugent knew he was practising safe sex, the fact it was completely free and delivered to his house, made him order one on the spot.

He told Gay Star News: ‘I thought I’d just tick it off my list because I knew I had nothing to worry about.’

A few days later, the 33-year-old bisexual man from Glasgow received a discreet package in the mail.

He carried out the test by pricking his finger and getting a small amount of blood. He dropped the blood into an ‘activator tub’ and left it for 15 minutes. 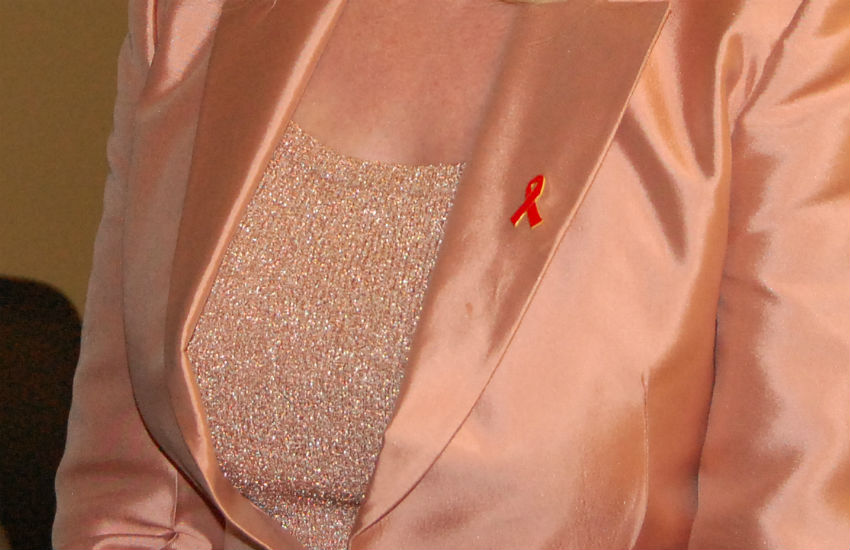 But when it came back with an HIV+ result, he froze.

‘I remember when I took the test and saw the two solid lines, I turned around and looked at myself in the mirror, then quickly turned away in disgust and fear,’ he said. ‘All I could think was that I have HIV and I’m going to die of AIDS.

‘I’m in for a horrible, horrible death,’ he said.

Nugent explained his preconceived ideas of HIV/AIDS led him to spiral into a destructive state of mind.

He thought there might be a chance of a false-positive response from the test so went to his local GP to double-check the result.

I wanted to ‘put myself under a train’

When he went to the doctor’s office, they informed him there’d be a three-day wait for appointments for blood tests.

Nugent said to the receptionist in that moment: ‘I am either seeing a GP now or leaving here to put myself under a train.’

‘There is no way I wanted to leave here, then have the HIV develop into AIDS and die. My mindset at the time was that it was going to be over in the blink of an eye.’

He had to go to another clinic in Sandford to confirm the result. Doctors did a full blood test and STI health check and then two days later, they confirmed the result.

‘I pretty much collapsed to the floor and was in tears,’ Nugent said. ‘The gentleman who gave me my results left the room and I was just with my sister.

‘The next thing I remember, I was actually trying to wreck the doctor’s room. I was thinking: “This has to be wrong – this is impossible”.’

We’re proud to launch our new #HIV self testing programme as part of our ambition to end new HIV transmissions in the UK! For those most at risk of HIV, it means testing where and when you want to – and for free: https://t.co/iiPA4fGt5H

He says the only thing going through his head was the movie Philadelphia and the devastating effects of AIDS – set during the time of the AIDS crisis in America.

For this reason, Nugent says he was angry he was so misinformed about HIV/AIDS and the progress since AIDS first devastated the gay community.

So he’s making it his mission to try to help break the stigma surrounding the disease by sharing his story.

He found out his status early enough to still be in the healthy range of an HIV+ person.

His CD4 count was above 900 and his viral load was below 300, which meant he was non-infectious.

Nugent began educating himself and then started medication straight away.

Days after he found out his status, he teamed up with Terrence Higgins Trust – a UK-based HIV/AIDS charity.

The charity just launched a six-month self-testing programme, with the goal of ending HIV transmission in the UK.

Participants receive a self-testing kit in the mail and can know their status within 15 minutes.

It’s a move funded by funded entirely by charitable donations to Terrence Higgins Trust, as well as a generous donation from actor Alec McCowen, who died of AIDS-related illnesses last year. 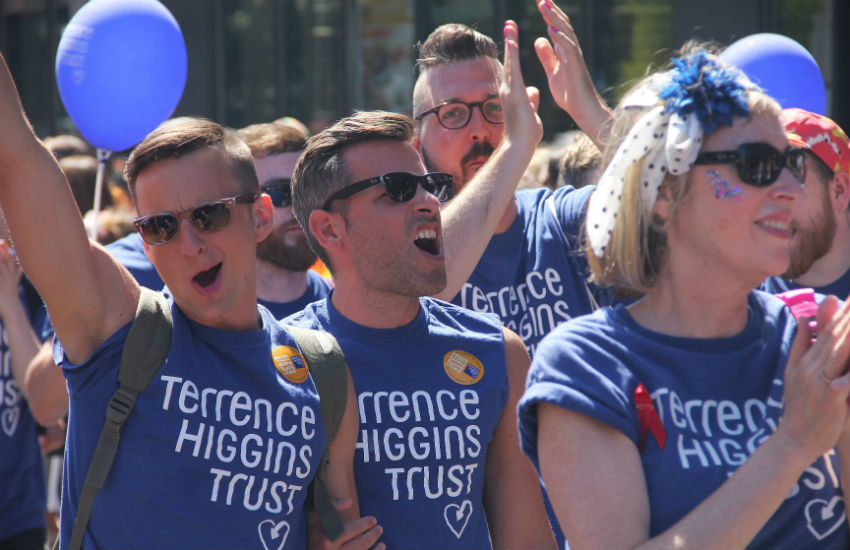 Ian Green, CEO, Terrence Higgins Trust said in a statement: ‘We know that different methods of testing suit different people. We’re thrilled to launch this programme for those who prefer to use self-testing kits at home but who perhaps can’t afford it.

‘This will ensure that less people are living undiagnosed with HIV, and that they can live long, healthy lives, with no risk of passing the virus on to future partners,’ he said.

Living in the UK and want your own free home self-testing kit? Visit the Terrence Higgins Trust website.