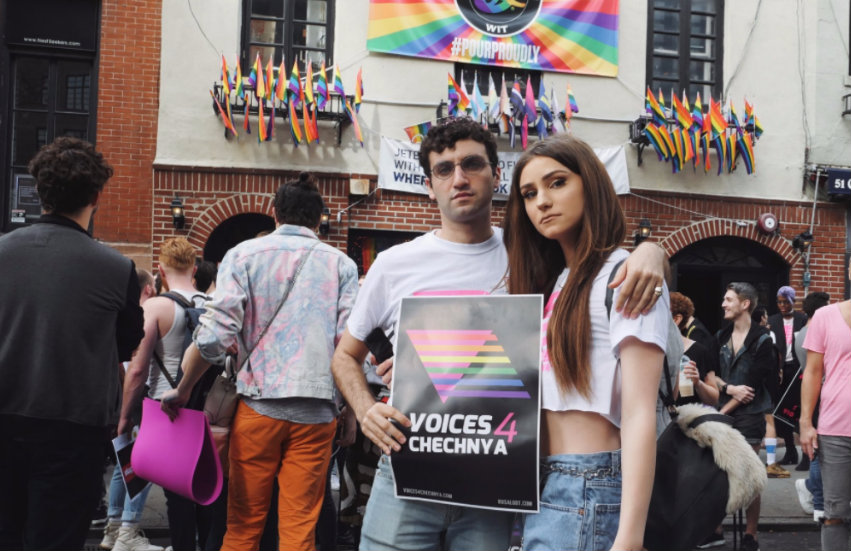 For months now, Chechnya has cracked down on LGBTI people in horrifying ways.

Most recently, a survivor spoke out about his experience in the republic. While countries like Canada are taking in refugees, the United States has been noticeably quiet.

In July, a State Department spokesperson acknowledged the situation. However, that was a spokesperson, not the president nor Secretary of State Rex Tillerson.

The Human Rights campaign filed a Freedom of Information Act (FOIA) to request the release of a letter Tillerson reportedly wrote to Russian Foreign Minister Sergei Lavrov about the situation in Chechnya.

‘The very fact that we are required to compel the State Department to release this letter speaks volumes about the Trump-Pence administration’s lack of leadership on this life-or-death situation in Chechnya,’ said Ty Cobb, Director of HRC Global.

‘It took months for Secretary Tillerson to write a letter on the atrocities in Chechnya, and we still don’t know if he addressed human rights issues forcefully or not because he won’t allow anyone to see the letter. It’s far past time that President Trump and Secretary Tillerson publicly condemn the ongoing attacks against the LGBTQ community in Chechnya.’

The letter first came up in a Washington Post article.

Given the accounts of what is happening in Chechnya, the White House’s silence is deafening.

The Chechen leader Ramzan Kadyrov said it’s okay for families to kill their gay children. A video from the Russian LGBT network also reveals what the purge is really like.

Fortunately, the HRC notes, Congress has been far less quiet on this issue.

The Senate Foreign Relations Committee recently passed a bipartisan resolution condemning the atrocities. It’s nearly identical to the one the House of Representatives passed in June.