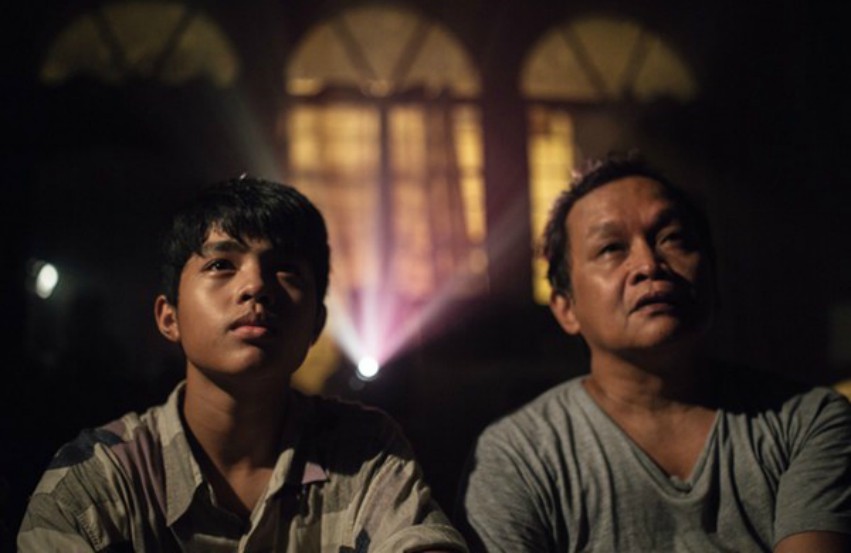 A pair of 17-year-olds from the Philippines have taken out the top prize at the first Shanghai Queer Film Festival.

Contestant #4 tells the story of a young boy who frequently visits an old man who lives alone, keeping him company. One night, he chances upon the old man watching a dated clip of himself as a cross-dressing boy. This sparks within the young boy an interest to find out more about the old man’s past.

Kaj Palanca and Jared Joven couldn’t travel to Shanghai because they had to go to school. But the pair were grateful to have won.

‘I am thankful to be given a platform to tell this story to a wider international audience,’ Palanca told the Inquirer.

‘It was shot only last year, when Jared and I were both 16. The film is very special to me. It helped me come to terms with who I am now as a queer artist.’

Joven said: ‘it keeps me inspired to tell more stories that are special to people like me…in the most honest way’.

The win has inspired the teenagers to keep making films and to tell important stories.

‘[I’m] Still far from graduating [college]. Even so, I know I must keep writing, asking what needs to be told and telling it,’ Palanca said.

‘[We] hope that the award will inspire others to tell their stories. The world is likely to listen to the freshest, most excited voices.’

Palanca and Joven said the story of the film was about sending a message of love.

‘People who struggle to find meaning, and certainty, in each other’s company,’ Palanca said.

‘We wanted to send a message of love, courage and acceptance. It’s most necessary, in times like ours, to remain loyal to the true narrative of the queer individual.

‘The film will grow only as the world grows. What it is now, and what it has achieved so far, will stay to inform me and my work in the future.’