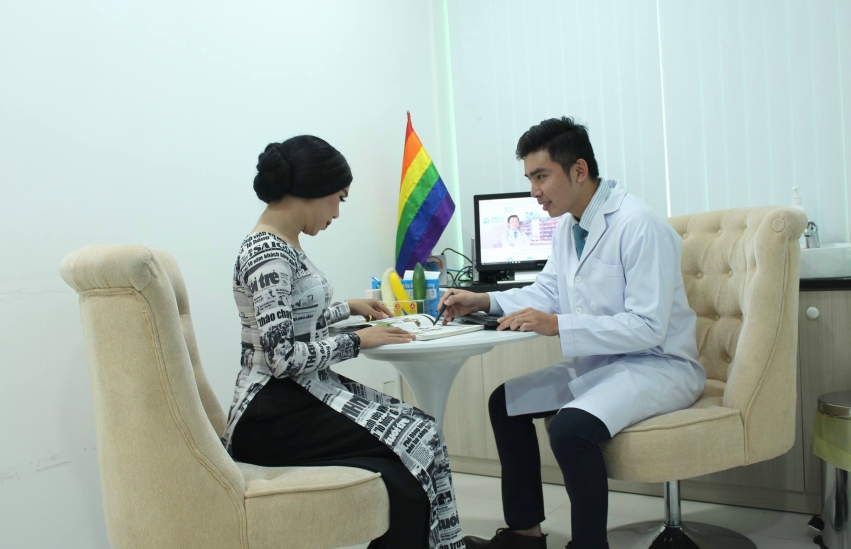 A doctor at the Men’s Health Center in Ho Chi Minh City in Vietnam helps a trans woman.

Vietnam’s Ministry of Health is working on a draft law to give official legal status to trans people.

But the draft Law on Transgender is not likely to be submitted to the National Assembly for review until 2019.

In 2015, Vietnam updated its laws to recognise the true gender of people who had undergone gender reassignment surgery. That law came into effect on 1 January this year.

Due to the lack of legal recognition, trans people face a lot of legal and administrative issue. They also have trouble accessing healthcare and public services.

Many trans people travel to neighbouring countries to access hormones and medical care because it is illegal to transition in Vietnam. But that law may change in 2019.

Much work to be done

Nguyen Huy Quang, director of the health ministry’s legal department, told Tuoi Tre there is roughly between 270,000 and 300,000 trans people in Vietnam.

‘The law will enable a more comprehensive view of the transgender community, which is a particularly vulnerable group of citizens,’ Quang said.

‘The lack of legal recognition has rendered them ‘invisible’ in the eyes of the law and led them to face tremendous difficulties in life.’