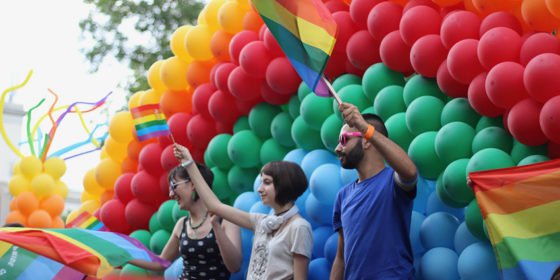 It’s bullshit. I am afraid. Over and over. When I walk hand in hand with my boyfriend through the streets of Berlin. When I catch myself crossing my legs in the train. When I gaze at the body of another guy in the locker room for just a moment too long.

Fortunately, my fear is very unreliable. It comes and goes as it pleases. Mostly it stays silent. But every now and then it rises up, and I need to figure out how to deal with it.

‘I fear being killed every time I leave the house’

I have no idea what it would be like to live with fear as a constant companion everywhere I go. Like the young gay man I met last weekend in Sofia, the capital of Bulgaria.

‘I’m fed up with living in fear of being killed every time I leave the house.’

His voice was soft and sad. It left me speechless for a moment. I don’t know what that’s like. I’ve never had that feeling.

I’ve travelled a lot in my life – Melbourne, San Francisco, Cape Town, Dubai, Beirut, Tel Aviv, and nearly everywhere in Europe. Fear for my life? I’ve never had that. Not even in Dubai.

But, as they say, there’s a first time for everything. I’ve never felt as uneasy as I did last weekend in Sofia. The city itself is beautiful. Definitely worth a visit. And the many people I met were lovely.

But every time I left my hotel alone, I had this strange feeling. This fear. This fear of being beaten to death just because of who I am. Just because I’m gay.

This year, the mood at Sofia’s 10th Pride parade was different, and far more dangerous than last year. I was in Sofia last year for Pride for the first time. The mood then was already tense. But this year it was far more intense, far more unsettling.

Just a few days before, the alpha dog of the Bulgarian ultranationalist, radical right movement ‘National Resistance’ posted a video message on Facebook. He announced he and his comrades would be ‘serving their country’ by ‘purging Sofia’s streets of trash’.

He planned to do this not only at the same time as Pride, but also in the same place. Once and for all. By ‘trash’ he meant lesbians, gays, and all the others, mostly young people, who gather as a community under the rainbow.

Remember we’re not talking about Uganda or Chechnya. We’re talking about Bulgaria. An EU member state. This is a place where policymakers should protect minorities – their constituents – when right-wing extremists make such threats.

But this ‘purge’ was approved by the city government. And Yordanka Fandakova, the mayor of Sofia, was not at all concerned, even when the extremists encouraged their comrades to bring ‘tools with long wooden handles’ to the parade.

After all, these so-called patriots did not threaten violence. They said they were coming to do ‘community service’. 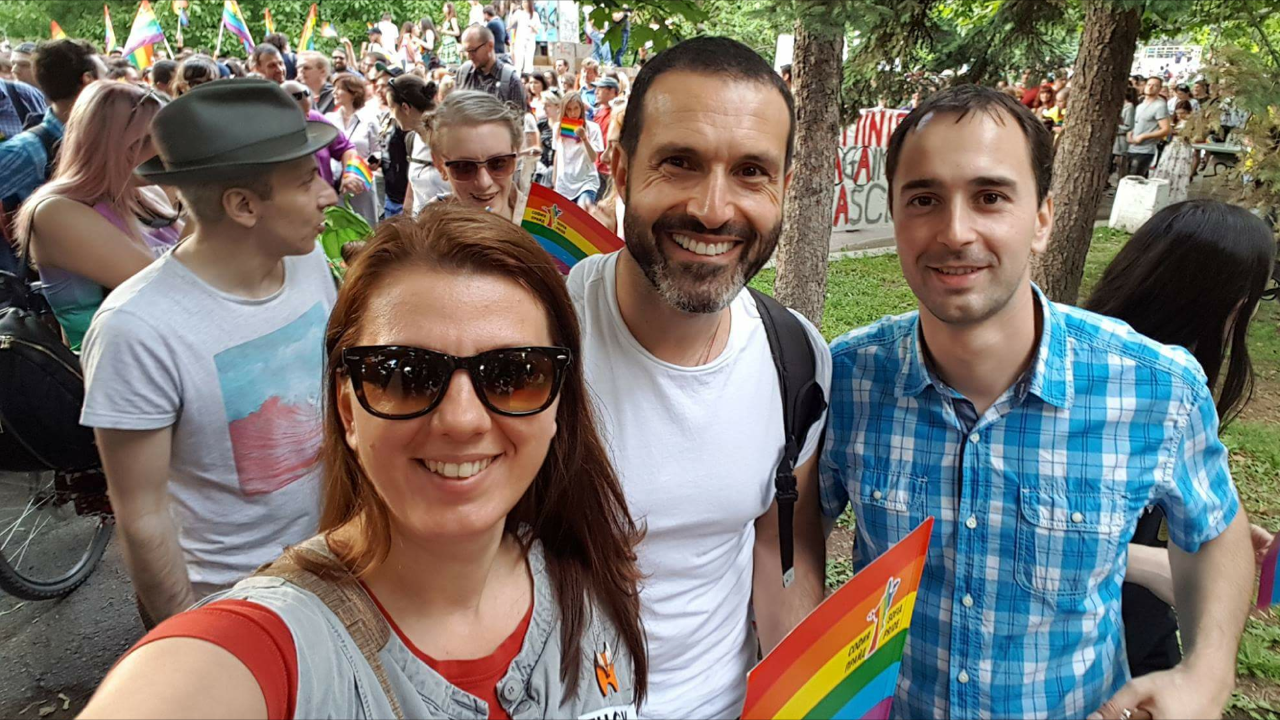 We had to wait until the last minute to get the protection the march needed.

We’re lucky that when push comes to shove, we can still count on solidarity from all kinds of people.

EU parliamentarian Guy Verhofstadt and his Alliance of Liberals and Democrats for Europe worked on a political level to remind Sofia’s municipal government of the fundamental values of the European Union. And various human rights organizations increased pressure on the city administration through petitions and press releases.

It also helped that so many people from around the world called Bugaria’s embassies to demand protection for the people participating in Pride. Maybe that was a little annoying for the Bulgarian embassy employees in Berlin, London, and New York, but it moved them to action. Police presence was increased.

That’s a positive. But the organizers of Pride have not exactly been able to count on the police for the past 10 years. Many guardians of the law, most of them men, have simply looked the other way in the past when people have been threatened or attacked.

So every year, the organizers of Sofia Pride, who don’t have much money to start with, have to hire private security guards to do the job of the police.

And I have to be honest, it was the personal presence of many ambassadors at this Pride that served as a protective shield around the LGBTI community. I think that did more than anything to ensure the demonstration remained peaceful. 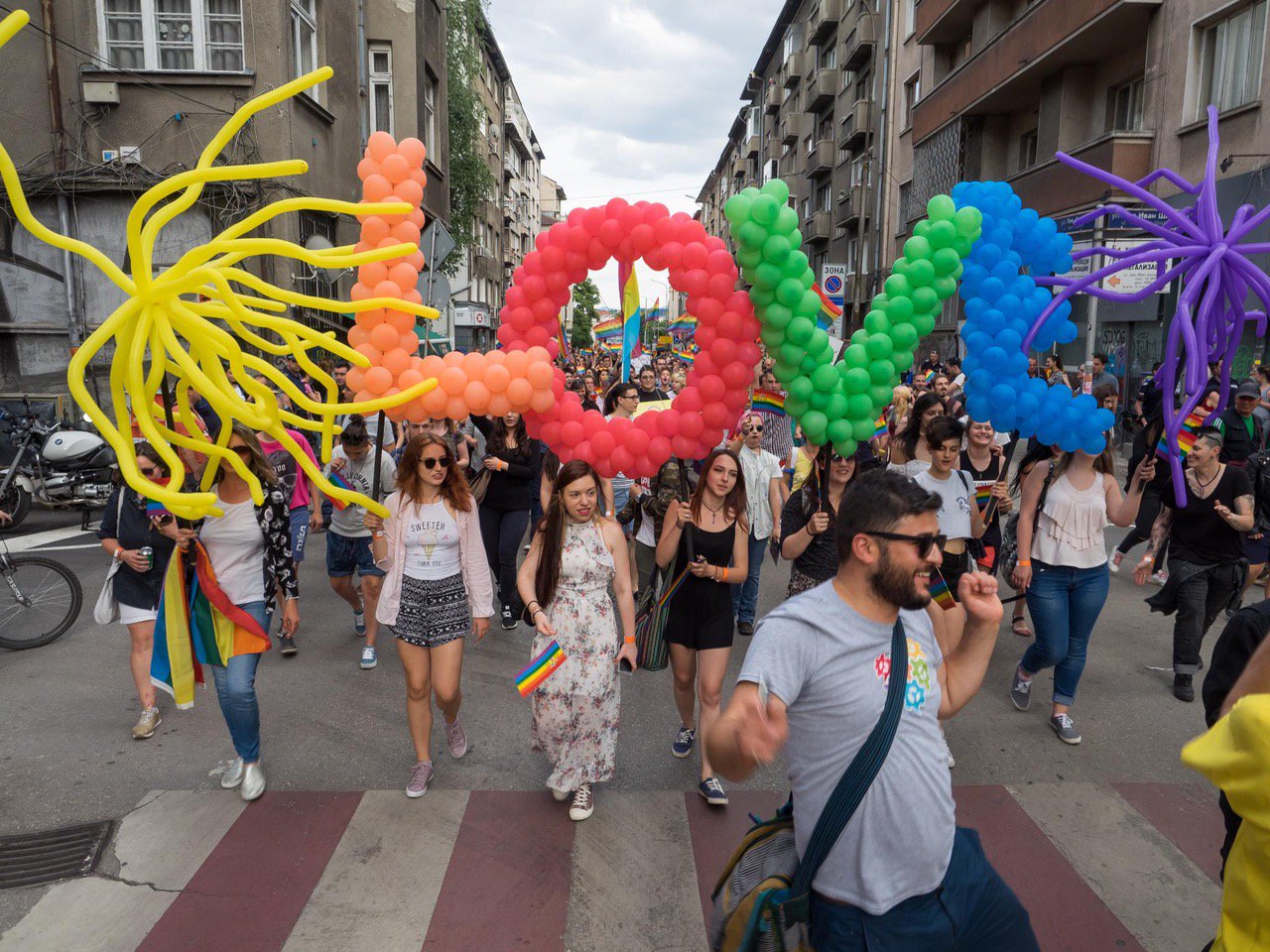 Love won after all at Sofia Pride.

When the right-wing radicals came

The right-wing radicals came in combat boots, with their heads shaved, and clothed entirely in black to match the darkness in their hearts.

In the end, around 50 ‘patriots’ banded together. I can’t really say whether they actually picked up any empty beer bottles in the park or just added more of their own. At the last minute, the police enforced such a large buffer zone between us that we couldn’t really tell what they were doing.

But I imagine they drank their frustrations away. Because we marched – 3,000 of us. And among us were many heterosexual parents with their children, pushing their buggies with one hand and holding a small rainbow flag in the other. Safe. Happy. And proud.

The community in Sofia is coming together and is starting to stand up to intimidation. But just a few days after this successful Pride, they are already asking what is coming next year when Bulgaria takes over the presidency of the European Council.

Maybe they can all plan a Sofia Pride without fear. Bulgaria’s many committed activists certainly deserve one.