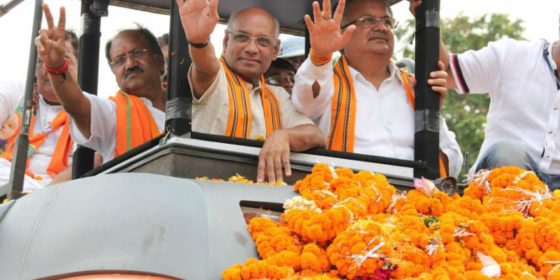 A report looking into a trans rights law in India found the government needs to do more for trans people.

Released by the Standing Committee on Social Justice and Empowerment, the report found the government’s proposed transgender bill did not address basic civil rights needs.

The committee found the Bill is lacking in clear policies on adoption and, marriage and divorce. Without this clarity it could leave trans people open to criminalization under section 377 of the Indian Penal Code. Section 377 bans ‘acts against the order of nature’.

The draft bill did not clearly define discrimination and did not include policy on how trans people could bring a complaint if they are mistreated or abused.

Another flag the panel raised with the bill was its definition of transgender people.

The draft bill describes them as ‘neither wholly female nor wholly male,’ ‘a combination of female or male,’ and ‘neither female nor male’. The report said those descriptions were ‘unscientific and primitive,’ and one which ‘completely misunderstands trans identities’ and severely restricts their right to self-identify.

The BJP led the criticism

Introduced to parliament last year the government’s Transgender Persons (Protection of Rights) was reviewed by the 31-member committee.

It was headed by Ramesh Bais a member of the ruling Bharatiya Janata Party (BJP) party.

‘A historic shift is underway, you are not alone in your struggle for the end of violence and discrimination,’ Bais wrote in the report’s introduction.

‘It is a shared struggle. Transgender is not an anomaly. It is a part of the spectrum of people’s realities.

‘While there is no shame in being gay, lesbian, bisexual, transgender or intersex or even straight – there is a most certainly shame and dishonor in being a homophobe, a transphobe and a bigot.’

‘The Indian government should amend the transgender rights bill to ensure that transgender people can self-identify their legal gender without unwanted intervention from committees or experts, be they medical, psychological, or anyone else.

‘And this alone should form the basis for their access to all rights, social security measures, benefits, and entitlements.’