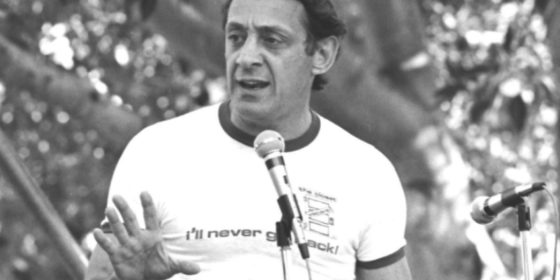 There is a divide in the gay community: Gay men who keep their sexuality to just that, sex, and gay men with genuine intention to support the effort for community rights and equality.

Since the Stonewall riots of 1969, which triggered the gay rights movement, a lot about what the uprising did to build visibility in society has been forgotten, and somewhat disrespected.

Am I being too harsh? Well, after speaking with a senior gay man about his opinion of Pride ‘movements’ today and his experience of the past, I don’t think so.

Alan, 74, expressed to us his biggest regret was allowing himself to be forced to internalise who he was. Even now, he finds it difficult to be open after decades of perfecting the guise.

But are young and proud gay men choosing to turn their back on sexuality when it comes to politics? And what does that mean for equality around the world?

During the late 1980’s activists reclaimed the term ‘queer’ from its previous definition of ‘strange’ or ‘peculiar’ to empower a movement that changed the face of the world.

Today, wide discussion about whether being labelled ‘queer’ is derogatory is on again and I don’t see many gay men who would be comfortable describing themselves as queer.

Isn’t it an honor to align yourself with the symbol of power used to secure your freedom?

I think young gay men today think the battle is either lost, over or irrelevant to them.

In some ways, I can understand. Although things have progressed for us thanks to the activism of the 80s and beyond discrimination, bullying, homophobic attacks and anti-gay legislation is still rife, even in the western world.

Because of this, and the lack of direct personal threat to day-to-day living in the western world, many have withdrawn as a counted member of the community for lack in interest.

But born from that is disidentification from the ‘obligations’ of the community that allow individuals’ participation to boil down to finding, and making, love in their own private bubble.

This pays utter disrespect to the soul of equality and this complacency, a selfish attitude, will ensure true equality will never be reached.

I can imagine the confusion I would feel if I stood in the shoes of Harvey Milk today as he looked out over the crowds at Pride today celebrating an equality yet to actually be won.

I’d wonder why only a handful of people in the crowd were working towards, and fighting for, the equality I gave my life to defend and give rise to. With so many injustices are still happening in the world, like the regular murder of trans women of color, this is deplorable.

I would beg people to reignite the embers of a fight worth taking arms for.

As members of the LGBTI community I believe we have a duty, however personally ‘sacrificial’, to stand up and be counted.

One day we can achieve equality and pay respect to those who were so passionate that they started the fight in even harder climates than today.

I guess what I’m trying to say is: The age of united activism has ended, only few remain, but the fight is far from over.