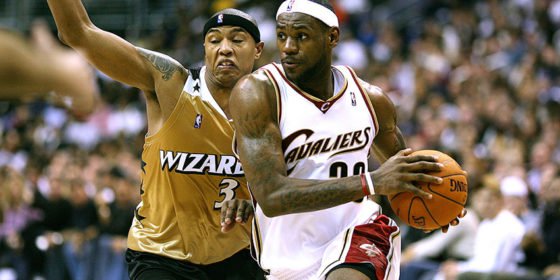 The political climate has caused an uptick of the use of the n-word – even from the most unlikely mouths.

Like most people of color in Boston, I wasn’t surprised when Orioles outfielder Adam Jones revealed Fenway fans hurled the n-word at him.

But much of America was shocked when racist vandals sprayed the ’n-word” on international basketball great LeBron James’ LA home.

Truth is, no African American is immune, whatever their station in life.

Then Bill Maher used the word. He’s a race-conscious ally – a comedian and political commentator of HBO political talk show Real Time with Bill Maher. So a lot of people felt shocked and hurt.

When responding to his guest Senator Ben Saase of Nebraska’s question: ‘Would you like to come work in the field with us?’ Maher mockingly replied: ‘Work in the fields? Senator, I am a house n***er.’

But it’s also true to say people do sometimes use the n-word as a term of endearment. In fact, it now has a broad-based cultural acceptance in our society.

Should we embrace the n-word?

For example, two renown African American academics embrace the use of the n-word.

One of them, Georgetown Professor Michael Eric Dyson said this about Maher.

‘I’m emotional about this. I love Bill Maher. He’s a very dear friend. But as I’ve made plain through the years, the n word should be reserved for black use. Period,’ Dyson wrote on twitter.

Another is Harvard Law Professor Randall Kennedy, who wrote Nigger: The Strange Career of a Troublesome Word. He admits it’s been used to ‘terrorize and humiliate’ black Americans. But he argues ‘it’s also been used as a term of endearment and a gesture of solidarity.’

So is it acceptable for African Americans to use the n-word with each other yet but racist for others?

That undoubtedly sets up a double standard. And because language is a public enterprise, the argument that one group has exclusive rights is absurdly narrow.

Our long history of self-hatred

And the fact African Americans have appropriated the n-word does not negate our long history of internalized self-hatred.

Others argue it’s ok to use the n-word if you end it with an ‘a’ rather than an ‘r’. They say the meaning is changed by the way you spell it. Replacing the ‘er’ with either an ‘a’ or ‘ah’ morphs insult into affection.

But I would argue the n-word is too firmly embedded in the lexicon of racist language for us to reinvent it.

Remember, many slaveholders pronounced the n-word with the ‘a’ ending too. And in the 1920’s, many African Americans used the ‘a’ version to insult black people of a lower social class to themselves.

Can you use the n-word as a teaching moment?

So is there ever an appropriate context to use the word?

In 2015 President Obama used the n-word during the podcast interview WFT with Marc Maron about America’s racial history. It sent shock waves.

Legal analyst Sunny Hostin said Obama’s use of the word was inappropriate because of his office, and given the history of the word itself. But New York Times columnist Charles Blow pointed out Obama used the word correctly – as a teaching moment.

Not all teaching moments are the same.

Boston native and best-selling novelist Dennis Lehane used it at Emerson College commencement last month. Lehane told the students that back in the 1970s, white opponents of school desegregation shouted, ‘niggers out’ at protests.

Twitter blew up attacking Lehane and he apologized immediately.

The language of yesteryear can certainly prove controversial today. Another failed teaching moment was in January 2011. But it was all about the republishing of Mark Twain’s 1885 classic novel, Adventures of Huckleberry Finn. In the original edition of the book, the n-word is used 219 times.

To tamp down the flame and rekindle interest in the Twain classic, the editor of the new edition replaced the n-word with the word ‘slave’. Perhaps predictably, massive public debate ensued.

In my opinion, our use of the n-word is not simply about our rights to free speech. When we use it, we show how we all – black and white – have become anesthetized to the damaging and destructive use of racial slurs.

When we try to ‘reclaim’ racist words, we don’t eradicate their historical baggage and we don’t improve existing racial relations.

Rather, it keeps the hate and hurt alive.