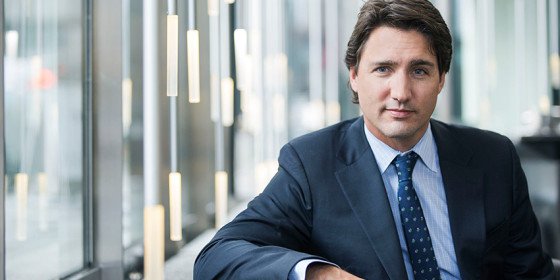 Criminal convictions against Canadians once charged with crimes based on their sexual orientation, gender identity or gender expression will be expunged.

This is according to a new plan announced this week by Prime Minister Justin Trudeau.

‘I believe that it’s essential to make amends for past wrongs, not to simply gloss over them. The forthcoming apology are important steps in the right direction,’ Trudeau said at a ceremony where Pride flags were raised on Parliament Hill.

The government plans to apologize by the end of the year 2017 to the LGBTI community for past discrimination in legislation, programs and policies.

Legislation to erase the criminal records will be introduced by that time, according to CTV News.

‘In Canada, we’ve come a long way, but there is still more work to be done,’ Trudeau said.

‘There is still work to do, fights to be had, here in Canada, and more and more, around the world.’

Homosexuality was decriminalized in Canada in 1969.

But that didn’t put an end to persecution of LGBTI people culminating in the arrests of nearly 300 gay men in a series of police raids at four Toronto bathhouses.

A series of protests followed in what is considered the turning point in Canada’s LGBTI history.

Same-sex marriage became legal in Canada in 2005 and the country’s ban on gays and lesbians serving openly in the military was lifted 13 years earlier.