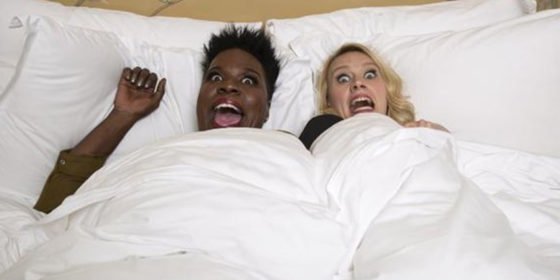 Kate McKinnon has said if Leslie Jones was gay, she’d be very popular with women.

The comedy stars are close, having starred together in both SNL and Ghostbusters.

‘If I was gay I’d be crushing bro. I would have so many women,’ Jones said on the Conan late night talk show.

Saying she would have ‘so many girlfriends’, Jones said: ‘I wouldn’t be faithful because I’d have so many women.’

But Jones isn’t taking it the wrong way whatsoever.

‘Kate tells me that all the time, “you would be so busy”,’ she said. ‘It’s a nice compliment!’