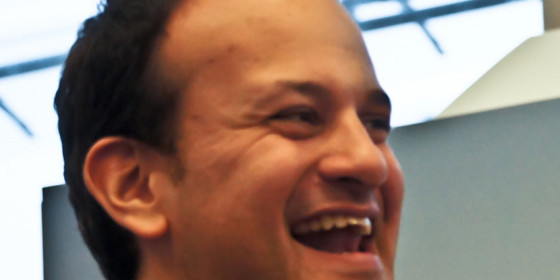 The 38-year-old, who will also be Ireland’s youngest ever PM, is the new Taoiseach and leader of the ruling Fine Gael party.

He beat Minister for Housing Simon Coveney in the final vote.

The Dubiner previously served as the Minister for Social Protection and Minister for Health, and was first elected to parliament at the age of 27.

He made headlines when he came out publicly on RTÉ as Ireland prepared to vote on marriage equality in a referendum in 2015.

‘It’s not something that defines me. I’m not a half-Indian politician, or a doctor politician or a gay politician for that matter. It’s just part of who I am, it doesn’t define me, it is part of my character I suppose,’ he said.

‘I am a gay man, it’s not a secret but it’s not something that everybody would know,’ he added.

‘I have always put the career and job and politics first. I am a very private person.

Ireland was the first country to pass marriage equality by public vote.