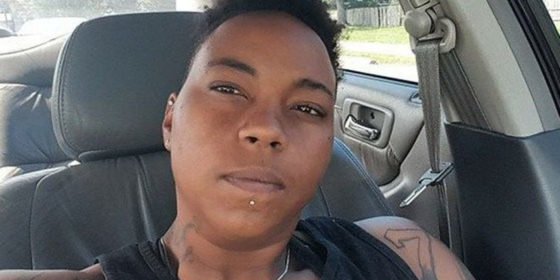 A gay rapper was shot and killed in New Orleans.

Brittany Johnson was gunned down at her home she shared with another unnamed woman, who was also shot but survived.

The rapper, who performed undert the names Bunny and Big Bei, was found dead at her home in Algiers.

Police report the couple had been fighting, but did not specify if it was verbal or a physical altercation. They did also not state if anyone else was involved.

‘It was devastating to me,’ Johnson’s aunt Rhonda Williams told the Times-Picayune. Growing up in New Orleans is hard for anyone, Williams said, especially as a gay woman of color.

‘She thought she had a message that could be received by many others,’ Williams said. “She really wanted to connect with the LGBT community and help the younger generation that may have been struggling with self-identity.’

A child, the daughter of one of Johnson’s friends, was in the house but was not injured. They were placed in protective custody.

‘That’s what I’m going to miss about her the most.’

She stressed Johnson would want to be remembered ‘for her efforts to help young lesbian, gay, bisexual and transgender people by letting them know through her music that they were not alone.’

Williams added: ‘She was just a kind, loving person that really was just trying to find her place in the world. She didn’t deserve this.’