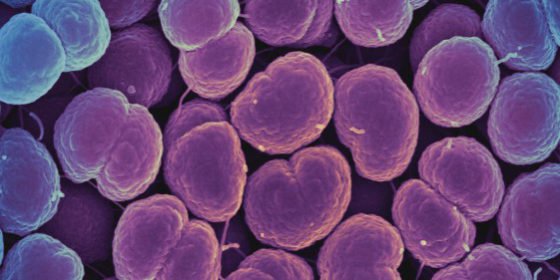 In many countries, rates of gonorrhea have increased dramatically in recent years. Public Health England reported a 53% rise in the infection in England between 2012-2015.

Doctors are particularly concerned about the emergence of antibiotic-resistant strains of the bacteria. They fear that soon untreatable variations of the infection may spread worldwide.

Some of this rise in infections has been driven by gay and bisexual men who decided to ditch condoms with the advent of PrEP medication. PrEP is taken daily to prevent HIV infection.

The Lancet has published the results of a study from New Zealand that raises hopes of a potential vaccine against gonorrhea. Until now, it was believed that there was no vaccine on the horizon.

The researchers found a meningitis vaccine, MeNZB, given to 15-30 year olds, resulted in a 31% drop in cases of gonorrhea. They did a retrospective study of over 14,000 individuals who had received MeNZB when younger.

First time any vaccine has shown effectiveness against gonorrhea

‘These results provide a proof of principle that can inform prospective vaccine development not only for gonorrhea but also for meningococcal vaccines.’

They hope the study will point a way forward for future vaccine development.

Until then, the advice remains the same: sexually-active gay and bisexual men are advised to have a regular sexual health check-up. They should do this even if they have no symptoms. This is particularly the case if they have had several sexual partners in recent weeks or months.