The Hawaiian word for love is “aloha,” This special bond of aloha between two guys is the theme of a video showing a same-sex couple on their dream and surprise wedding in paradise.

“Let Hawaii Happen: A Surprise Wedding” video quickly went viral. Within a week, the video had close to 30,000 views on YouTube.

The Hawaii LGBT community was as surprised as the wedding couple with the December 28, 2015 release of the excellent and well-received “Let Hawaii Happen: A Surprise Wedding” video.

Scott Foster, speaking on behalf of LGBT Hawaii said: “Various members of the Hawaii LGBT community have been working for many years to see state resources committed to attracting the lucrative international LGBT market. While we were very pleased with HVCB’s brilliant initial effort, we were not surprised at the very positive outcome.”

In his December 30, 2015, Civilbeat.com story “Finally, Positioning Hawaii As A Gay Wedding Destination,” the Civil Beat Opinion Editor Todd Simmons wrote, “Despite its longtime leadership on issues such as anti-discrimination laws, civil unions and marriage equality, Hawaii has been shy about using that street cred to leverage more same-sex destination wedding tourism. Until now.”

Foster noted: “In reality, Hawaii has several black eyes and much old baggage to overcome with the international LGBT community and the wedding market is but a small part of the needed marketing strategy. One should not forget that after the 1993 Hawaii Supreme court ruling that the state ‘cannot deny same-sex couples the right to marry unless it finds ‘a compelling reason’ to do so.’ Then, in 1998, Hawaii’s legislature passed a constitutional amendment banning gay marriages which the voters approved by a wide margin. Many informed LGBT travelers have not forgotten the negative message these actions sent.”

Foster was upbeat when he said, “For the past several months, LGBT HAWAII has been in a casual discussion with the new management team at the Hawaii Tourism Authority (HTA) about the potential value of the international LGBT market and what LGBT HAWAII can bring to the table to assist the effort. During the 8-months since we created the LGBT HAWAII organization and launched our social networks, the international response has been phenomenal.

LGBT HAWAII is a state-wide LGBT business organization established in June of 2015 to aid the LGBT traveler in planning their island vacation, honeymoon or business trip and to assist our island residents who want to learn more about Hawaii’s many LGBT-friendly business establishments, services and non-gov & social organizations.

LGBT HAWAII is also the virtual home for participating organizations and initiatives in Hawaii.

LGBT HAWAII is more than just a website. LGBT HAWAII is an active organization of people living and working in Hawaii who have joined together to support and help grow Hawaii’s LGBT owned & otherwise supportive businesses. 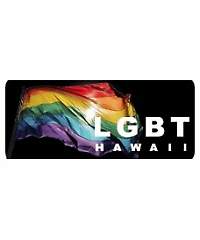