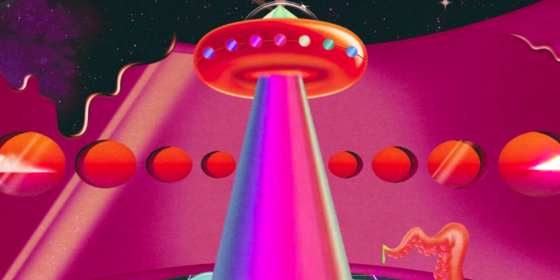 Kesha has yet again blown our minds.

Her latest release is Hymn, is a song for ‘the kids with no religion.’

Kesha sings: ‘Who we are is no mistake, this was just the way we’re made.’

She spoke in an essay about who the song is for: ‘That’s how I have always felt myself — there was never one group or scene that was entirely mine. The lyrics are, “This is a hymn for the hymnless, kids with no religion.”

‘Religion, for me, in this song doesn’t mean necessarily religion as in your spiritual belief, but more like kids with no set way of life.’

On a more beautiful note, she sings: ‘Even the stars and the moon don’t shine quite like we do.’

I know that I’m perfect

The track just adds to the hype there already is around her upcoming album, Rainbow.

The album is due to be released 11 August.

Kesha goes on to sing about her own self-love: ‘I know that I’m perfect, even though I’m fucked up.’

Also in the accompanying essay, she said: ‘I think that one of the reasons why my music connects with people who feel like they don’t fit in is because I have never fit in either.’

Listen to the track below.