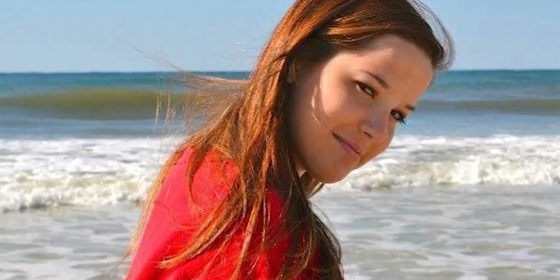 A mom has given a heartbreaking account of the death of her lesbian daughter from a drugs overdose. Jolie, who lives in Birmingham, Alabama, says part of the reason her daughter was driven to drink and drugs was because of the homophobia she experienced when she came out.

Ann Emory came out to her mom when she was 17 by writing her a long letter. Jolie says it was a beautiful letter and she was heartbroken when Ann Emory told her she had been scared to give it to her. She adds she had always known her daughter might be gay.

However, Ann Emory believed her friends would be less accepting: the Southern States in the US are not known for being widely LGBTI-friendly. Evangelical churches often preach less than loving messages about gay people.

At High School, she began drinking, telling her mom she was ‘drowning the gay girl … I’m not as gay when I drink’.

As feared, several friends distanced themselves when Ann Emory came out to them. She turned to prescription medication, on top of her heavy drinking.

On the night in question, the family were angry with Ann Emory for having gone out drinking again. The next morning, they thought she was sleeping in late.

‘Her dad went down to check on her, to tell her it was time to eat and … she was dead. He screamed, and I knew, I knew from his scream that she was gone.’

The video has been made by Human Rights Campaign, the LGBT advocacy and civil rights organization. It is part of a series of videos, #LoveYourNeighbor, highlighting stories from the southern US states.

‘Through HRC’s work in the South, we have found that the most effective way to change hearts and minds is simply to share the stories of our LGBTQ friends and neighbors,’ said Ben Needham, director of Project One America.

‘With #LoveYourNeighbor, we take the stories of LGBTQ people living in the South and share them with a broad audience – many of whom may not have had an opportunity previously to hear these powerful accounts.’

Other videos feature Zeek and Dick, a married gay couple from Eureka Springs, Arkansas who have been together 45 years, and Tommie a gay priest from Tuscaloosa, Alabama. All the videos can be viewed at the HRC YouTube page.

‘The sting of rejection’

‘That rejection can create a cascading effect, where the expectations put on a young woman can feel stifling, leading to addiction or depression.

‘While Ann Emory’s story is deeply sad, it is an important one to tell because it can perhaps open up the eyes of the same society that made her feel she was less than equal.’

Struggling with coming out or homophobia? Check out these helplines if you are in need of urgent support.