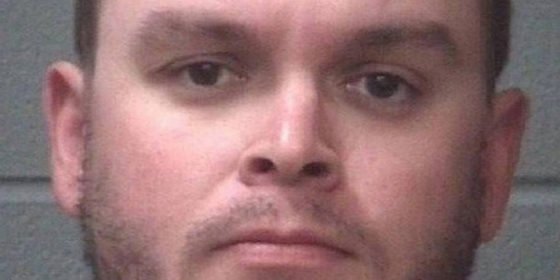 A man who called a gay couple ‘faggots’ after they offered to help him, has escaped jail time, and offered a hug instead.

In the early hours of 23 February, Kevin Paul Taylor and Kevin Seymour witnessed Brandon Ray Davis, 30, of North Carolina, almost run into head-on traffic on his scooter on Duval Street in Key West.

When they approached Davis and suggested he should walk home instead, Davis yelled homophobic abuse at them, reports the Miami Herald.

He yelled ‘You’re in Trump country now’ and smashed his scooter into Seymour’s back bike tyre. He also asked if the gay couple wanted to suck his penis and said they had probably come from a gay bar.

The couple tried to leave the scene, but Davis followed them for five blocks and rammed his scooter into Seymour’s bike.

Taylor said: ‘He wouldn’t let us get away from him.’

When the couple said they were going to call the police, Davis said: ‘If you call the cops I will cut that faggot body up.’

A court heard testimonies from Davis’ family and friends, who said this was ‘completely out of character’ for him. On Wednesday (14 June), a court heard his fiancee, and two family friends.

His attorney also presented 30 sworn testimonies in support of Davis’ character, including a gay friend of his.

‘I’m asking for your forgiveness, more than anybody’

During the trial, Davis offered to hug the victims. He walked towards them in the court’s centre and offered to embrace them.

He said: ‘My heart goes out to you guys, every bit of it.

‘I’m asking you to come put your arms around me, take my hand,’ Davis offered.

But the couple refused.

Davis added: ‘I’m asking for your forgiveness, more than anybody.’

A portion of his community service must be LGBTI-related.

Taylor said: ‘At the end of the day he assaulted us.

‘At least a few days in jail,’ he added.