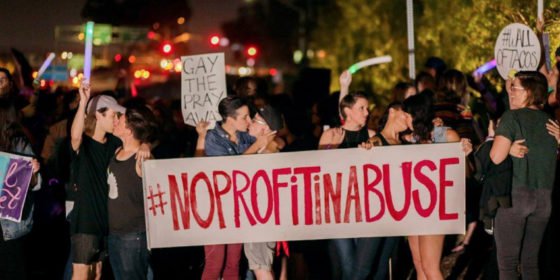 LGBTI activists held a dance party and ‘kiss in’ to protest a gay conversion therapy conference in San Diego this weekend (16-18 June).

The national conference, organized by the Restored Hope Network aims to convert LGBTI through prayer, soul searching and counselling.

But activists had other ideas.

Hosted by the San Diego Coalition Against Gay Conversion, the event aimed to highlight the beauty of LGBTI people. 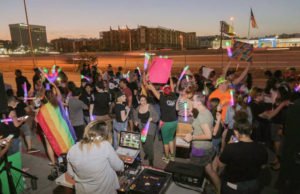 The event page on Facebook said: ‘This party is about LGBTQ pride, but it is also about protesting. So bring your most gender-bending style, your rainbow flags, your extravagant drag, your perfectly queer selves!’

The family-friendly event invited protesters to a ‘super queer dance party for a super queer cause.’ And it didn’t disappoint.

According to Restored Hope’s mission statement, the conference is an ‘interdenominational membership governed network dedicated to restoring hope to those broken by sexual and relational sin, especially those impacted by homosexuality.’

At the conference, there will be powerful biblical teaching, as well as dozens of workshops and worship.

There will also be ‘inspiring life stories of those who have dealt with same-sex attraction or transgenderism and been transformed by the living God.’ 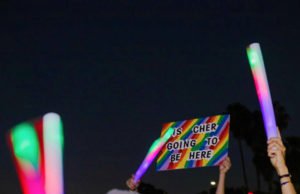 This morning (17 June), activists will also host a Faith Community Call to Love.

LGBTI people of faith will gather to celebrate diversity within the community.

The event invitation said: ‘Our goals are to reclaim the faith narrative and to communicate that LGBTQ+ individuals are not broken, do not need healing, are purposely and wonderfully made and are loved and accepted just as they/we are.’

In 2012, California banned all gay conversion therapy. It was the first state with such a law. 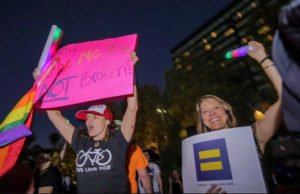 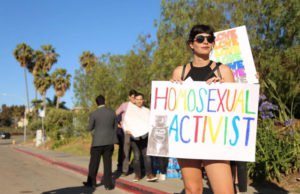