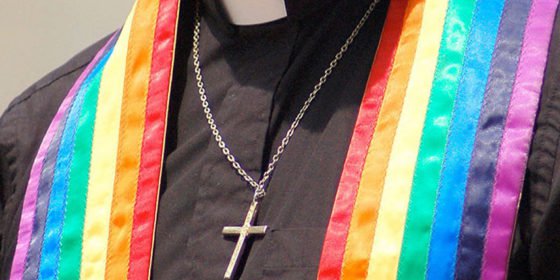 The Church of England’s General Synod will debate whether to offer renaming services to transgender people who want to affirm their new identity in a church setting.

After a motion brought forward by the Diocese of Blackburn, the church will debate the issue in July this year.

A briefing for the renaming proposal read: ‘the liturgy for Affirmation of Baptismal Faith, contained in the Common Worship service book, may be used with people who have already been baptised’ but who wish to ‘reaffirm their identity in Christ after a significant personal transition, including gender.’

This will be the first time the church will debate on how to make transgender people feel welcome.

A note from the Church’s top civil servant, William Nye, said there was ‘no legal or doctrinal difficulty about a baptised transgendered person re-affirming their baptismal vows’ using a different name, reports Christian Today.

It also specified no one can be baptized twice.

Chris Newlands, a vicar in the Blackburn Diocese who introduced the proposal said: ‘[It] would be such a huge statement of support for members of the trans community.

‘It would have untold beneficial consequences for those who are at the moment worried about coming out as someone preparing for transition.

‘People who are very fragile would find support rather than condemnation.’

‘To have a specific statement of support coming the Church of England would provide a really clear lead about what we are supporting and affirming,’ he said.

Currently, the Church of England offers civil partnerships, but not same-sex marriages within the church.

Vicars are also allowed to enter into same-sex partnerships, but are expected to remain celibate.

In February this year, the church voted against changing the rules around same-sex marriage.

A total of 242 votes were cast in favor across the three houses, while 184 voted against, and six abstained.

Around 100 members of the House of Clergy voted against it, compared to 93 who voted in favor, while two abstained.

The Church will continue to see marriage as between a man and a woman.