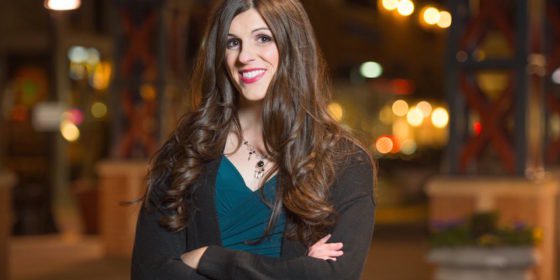 Danica Roem may be the first openly transgender woman elected in Virginia.

The 32-year-old journalist, stepmom, and heavy metal band member won the primary election for the Virginia House of Delegates District 13 on Tuesday 13 June. She is one of seven LGBTI candidates running for office in Virginia this year.

If Roem is victorious in her bid for office, she will be the third transgender state legislator in the United States.

In November, Roem will face off against the current Delegate, Republican Bob Marshall, who has represented Virginia’s 13th district since 1992. Throughout his time in office, Marshall has put forward a number of anti-LGBTI bills, including a controversial ‘bathroom bill’ that would require transgender people to use the public restroom that matches the sex designated on their original birth certificate instead of their gender identity.

Marshall has even referred to Roem using male pronouns in press statements, including the one he gave to The Washington Post after the primary.

‘Representation absolutely matters,’ Roem told The Daily Beast. ‘How wonderful a world it would be if identity politics didn’t have to exist at all! But the fact of the matter is that when you have non-transgender, white, straight, male Republicans crafting laws about gender identity that don’t include [transgender people], then you’re leaving out the segment of the population whom those laws will adversely affect in the first place.’

According to NBC News, President Trump’s unpopularity is likely what brought more Democratic voters to the polls in this local election in Virginia.

‘Let me make this really clear for you: When the people of the 13th District elect a transgender woman to replace the most anti-LGBT legislator in the South, it will be an act of certainty, and it will be a defining moment that will resonate across the country,’ Roem told The Washington Blade.

Best of luck Danica Roem for Delegate. You are our dream candidate to defeat Bob Marshall.