Typically, a woman only produces one pint a day to feed her child.

Elizabeth Anderson-Sierra produces 10 times that a day. This happens because of her hyper-lactation condition.

She donates the extra to milk banks and individual parents.

The milk helps gay couples as well as mothers who cannot produce milk because of premature births or mastectomies. 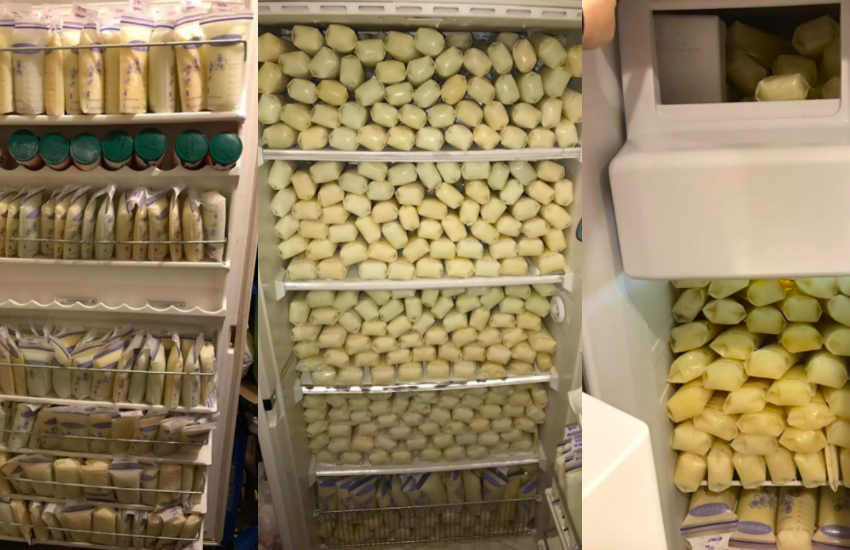 Anderson-Sierra has four freezers in which she stores the milk

Anderson-Sierra spoke to local news KATU: ‘Breastmilk is liquid gold, it should never be thrown away.

‘Being able to help so many babies every single day is just a beautiful thing. There are overproducers out there, that are willing to share, and willing to help.’

Anderson-Sierra can spend anywhere between five to ten hours a day producing the milk.

The 29-year old has said it is ‘almost like a full-time job’.

She has sterilize, package and freeze the milk. Then store it in one of the four freezers she has in her home.

In the two and a half years she has been doing this, she said she has donated over 3500 pints.