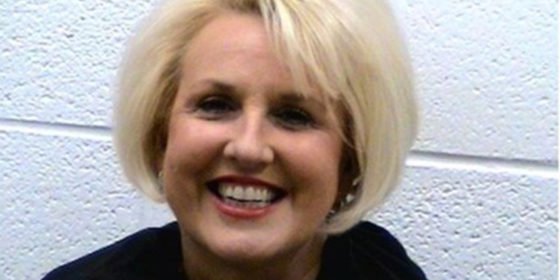 A North Carolina is charged with kidnapping and assaulting a man to ‘expel his homosexual demons’.

Brooke Covington, a 58-year-old at the Word of Faith Fellowship in Spindale, faces up to two years in prison.

She is the first of five church members to face trial. The other defendants – Justin Covington, 20, Robert Walker Jr, 26, Adam Bartley, 25, Sarah Covington Anderson, 27 – will be trialed on a separate date.

Former church member Matthew Fenner, 23, has said he was leaving a prayer service on 27 January 2013 when around two dozen people surrounded him.

They slapped, punched, choked and ‘intensely screamed’ at him for two hours as they tried to expel his ‘homosexual demons’.

In the trial, it was heard how Fenner ‘thought he was going to pass out’ from the assault exorcism.

The church is disputing Fenner’s claims, as well as allegations of abuse others say they have also endured, according to WSPA-TV.

The sect, which Fenner joined with his mother and brother in 2010, has previously made headlines for throwing parishioners through walls intended to ‘purify’ sinners.

e regularly punched, smacked, choked, slammed to the floor or thrown through walls in a violent form of deliverance meant to “purify” sinners by beating out devils.

‘You can’t imagine the emotional toll this has taken on my life,’ Fenner previously told AP. ‘I had to put a lot of things on hold because of this. … I can’t do anything until this is over.’