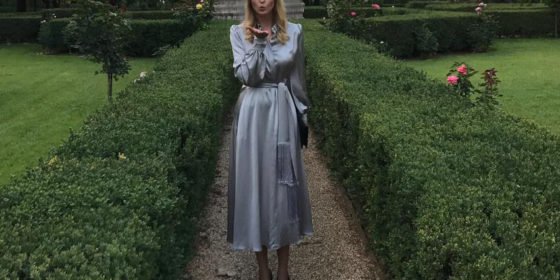 Ivanka Trump has decided to share a tweet celebrating Pride, and it did not go over well.

Logging back on after Shavuot, wishing everyone a joyful #Pride2017. This month we celebrate and honor the #LGBTQ…

‘Logging back on after Shavuot, wishing everyone a joyful #Pride2017. This month we celebrate and honor the #LGBTQ community,’ she wrote.

‘I am proud to support my LGBTQ friends and the LGBTQ Americans who have made immense contributions to our society and economy.’

And nobody was really all that excited.

LGBTI celebrities were the first to pitch in and tell the President’s daughter to kindly take her support elsewhere.

Ivanka, pass me ur rainbow flag. Okay great. NOW GET OUT OF HERE https://t.co/Lnm0c461Sv

Um the LA Pride parade is legit cancelled so we can protest her dad. pic.twitter.com/6Ckc1HPFEd

No thanks, we’re all set here. https://t.co/fZRSAuZvlS

“I like gay people as long as they’re choreographing something or buying shoes.” https://t.co/TYDqJi3cc9

Over on Twitter, the response was equally unimpressed, but for entirely different reasons.

Users mainly centered on the US government’s anti-equality stance, as expressed in the Gavin Grimm case.

Some used humor to express their discontent with Ivanka’s message.

She’ll tweet about rainbow color Popsicles as her daddy rolls backs civil liberties & rights of LGBTQ. She’s as fake as her daddy’s tan.

You openly supported and campaigned for the most anti-LGBTQ+ presidential ticket in recent times. Your words mean nothing to us.

I’d thank you for your tweet but I’m kind of busy getting deprogrammed in conversion therapy.

Others did away with politics and kept their responses short and more or less sweet.

you aren’t our friend.

You tweeted the wrong thing. I think you meant to say this: pic.twitter.com/2kSyGexOll

And on Facebook Ivanka’s fans were far from impressed with the concept of Pride month.

‘Have to disagree with you on this,’ Rick Dorsey wrote.

Another commenter, named Vince Contras, said he was ‘disappointed in you on this issue’.

‘I cannot support the self-destructive and depraved lifestyle that is celebrated in these “Pride” events, and I don’t believe people should base their identity on their “sexual preference” especially unnatural ones, or “gender identity” derived from mental illness (sexual dysphoria),’ he said.

‘I think these people should be treated with love and respect, but not encouraged or affirmed in their confusion.’

Unsurprisingly a fair few commenters called being part of the LGBTI community, in whichever form, a ‘sin’, and some even believe homosexuality can be ‘cured’.

‘They need to recognize that they need emotional healing,’ a woman named Linda Cay wrote.

‘Too many former LGBTQ have been healed and are straight now. Several of my friends. Let’s not be their co dependents.’

Conversion therapy, also called ‘gay cure’ therapy, is dangerous, potentially deadly and has been denounced by every major health organization.

And others just seemed very afraid of the rainbow flag driving out the American flag.

‘Ivanka, my colors are red, white and blue. The same colors which fly over our White House,’ Bill Galbreath wrote.

‘The rainbow flag flyers did not put your dad in his present job. Flag flyers such as I did so.’

And user Mark Honyak begged Ivanka to ‘not light the White House up with their colors’.

‘It’s great that you honor them,’ he said.

‘But don’t disrespect us by doing what the former President Obama let them do.’

According to the New York Times’ exit polls, 14% of eligible voters who identify as LGBTI cast their vote for Trump.