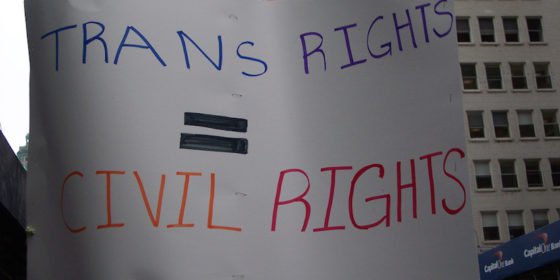 The New York City Commission on Human Rights has recently charged four substance abuse centers in the city with discrimination.

The four centers in question – Salvation Army Adult Rehabilitation Center in Brooklyn, Addicts Rehabilitation Center in Manhattan, Promesa Residential Health Care Facility in The Bronx, and the Thomas and Marie White Health Center in Queens – were reported by activists for discriminatory behavior. The Commission followed up with these reports and found that the four centers did, in fact, discriminate based on gender identity.

‘The Commission’s complaints, filed by its Law Enforcement Bureau, charge the centers with gender identity discrimination for refusing to accept transgender patients and for discriminatory housing policies, including assigning rooms based on a patient’s gender assigned at birth rather than their gender identity, subjecting patients to physical examinations, and forcing transgender patients into separate rooms,’ a statement released by the Commission reads.

According to the Center for American Progress, an estimated 20-30% of LGBTI individuals abuse substances, compared to just about 9% of the general population.

Chirlane McCray, New York City’s First Lady, condemned the actions of these centers saying, ‘The last thing New Yorkers battling addiction, depression, or any mental health challenges need is discrimination and harassment at the door. Transgender and gender non-conforming individuals deserve to be treated with respect and dignity when receiving health services, just like anyone else. I am proud to live in a city that fights for transgender rights and look forward to further strengthening anti-discrimination protections for all New Yorkers.’

‘That’s unacceptable. Transgender people are disproportionately discriminated against in their daily lives, at their jobs, in restaurants, and on the street. Enough is enough. No one seeking treatment for drug use should be met with discrimination or harassment, and I’m glad the Commission is taking action so that people seeking treatment can get the help they need.’

What the centers have to say for themselves

A spokesperson from the center in Queens told news station NY1 that they deny these allegations of discrimination.

‘We do not discriminate against transgender individuals. We have and will continue to accept and house them as they identify in accordance with prevailing law,’ the representative said.

GSN has reached out to all four centers in question for comment and is awaiting response.