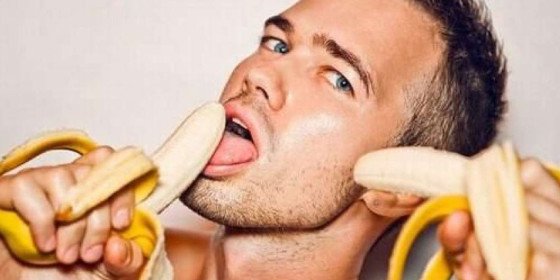 One in five gay men have rejected a gay guy because of their penis size.

In a new survey by FS magazine, it found nearly 40% of gay men have anxiety issues when it comes to their own penis but are also quick to judge others.

These included that 89% had shared a dick pic, and 30% said they wouldn’t care if that pic was shared with other people.

16% had heard derogatory comments about their penis, 21% had suffered from erectile dysfunction, and 28% had problems with ejaculating too quickly.

Regarding the 22% who had rejected someone because of their penis size, CEO of GMFA Ian Howley said this was likely due to their own ‘insecurities’.

‘People already have anxieties about their own issues because of their penis size,’ he told Gay Star News.

‘If you’re rejecting someone, you might be doing that because you’re afraid they’ll reject you first. That means you need to look at your own insecurities, and you’re going to be less confident about themselves and the sex they want.’

While it is ‘easier said than done’ to get over anxiety issues to do with your penis size, Howley encouraged those who felt they had a real issue to seek counseling to ensure size doesn’t make an impact on health and well-being.

‘We found people who are bigger than average to have a bigger anxiety,’ Howley said to GSN. ‘Not only do they have to deal with being rejected sometimes, but also people who just use them for their penis size than as a person.’

He added: ‘Generally, we as community are not tackling this issue. It shows we have a lot further to go.’

But there was definitely a positive to the survey. When asked if penis size mattered, half – 49% – said no. Slightly more than a third, 37%, said yes.

And also, 74% said they are happy with their penis size.

Howley concluded: ‘All gay men deserve to have the best sex possible. Our penises come in many shapes, sizes and skin tones – just as we do. And like us, our penises need looking after. Just don’t let your penis dictate your whole life.’