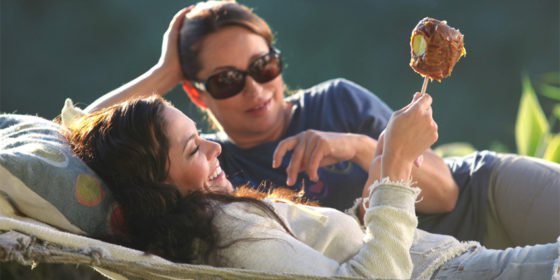 Actors Crystal Chappell and Jessica Leccia are reunited onscreen in the indy drama A Million Happy Nows, which screened at Outfest, the Los Angeles LGBTI film festival, on Sunday (9 July).

Chappell and Leccia were wildly popular when they played two women gradually discovering their love for one another on the daytime soap opera Guiding Light in 2008-2009, the show’s final year before being cancelled.

A Million Happy Nows finds Chappell and Leccia again paired as a lesbian couple and again connected to a soap opera. 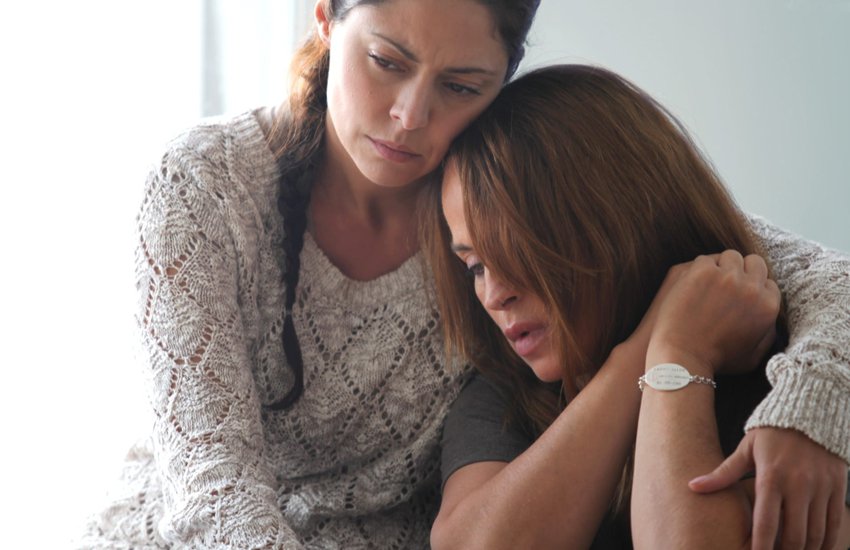 Chappell plays a soap opera actress who begins suffering symptoms of early onset Alzheimer’s disease. Leccia portrays her longtime girlfriend, trying to be supportive, but also confused and frustrated as the disease progresses.

British screenwriter Marisa Calin based the story on experiences with her grandmothers, both of whom had Alzheimer’s.

Chappell researched the disease extensively to authenticate her performance. Although the subject matter is intense, they made sure to add some light-hearted moments.

‘It really came down to putting some laughs into the story since that’s how people cope with this disease,’ Chappell told the Outfest audience.

Calin reported she stumbled upon videos of Guiding Light’s Otalia scenes on YouTube in 2012 and fell in love with the paring.

‘The two had such great chemistry together and the story was so well done,’ Calin told Gay Star News. ‘I wrote the script with them in mind.’

She contacted Chappell and convinced her to not only star in the film, but also produce it through her production company.

Calin was adamant about casting Leccia, wanting to recreate the pair’s screen magic. However, Leccia refused. She was reluctant to leave her children in New York for so long while the film shot in Los Angeles.

‘We talked to casting agents [about others to play Leccia’s part], but I just couldn’t imagine doing it without her,’ Chappell reported.

Finally, Chappell was able to persuade Leccia by agreeing to accommodate her schedule. The movie filmed in two segments, one in October 2014, the other in December 2104. 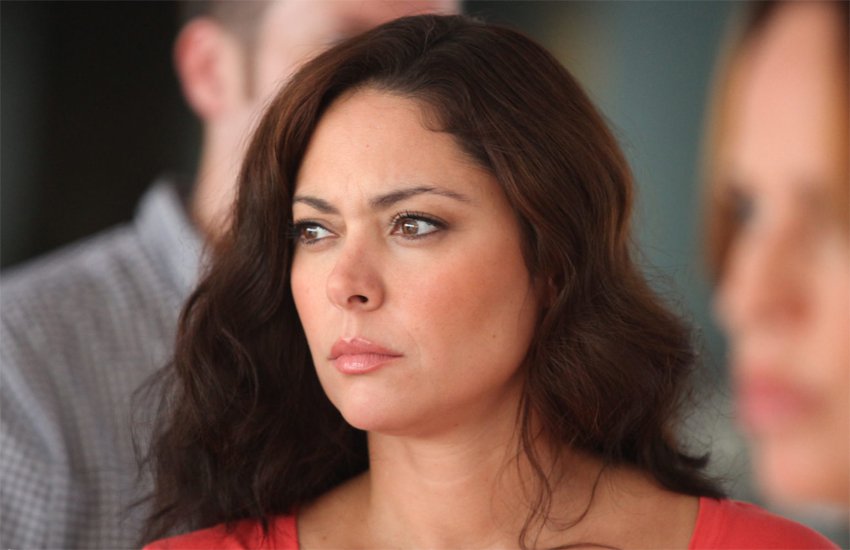 The film was shot in 21 days over in those two months. Such a fast schedule for a feature length movie would scare away many directors and actors. However, because many of the cast and crew had worked on soap operas, they were accustomed to the quick pace.

‘On soaps, they shoot about 60 pages a day,’ said Calin. ‘Our director, Albert Alaar [who currently serves as the co-executive producer on Days of Our Lives, another daytime soap opera], through our schedule was a breeze.’ 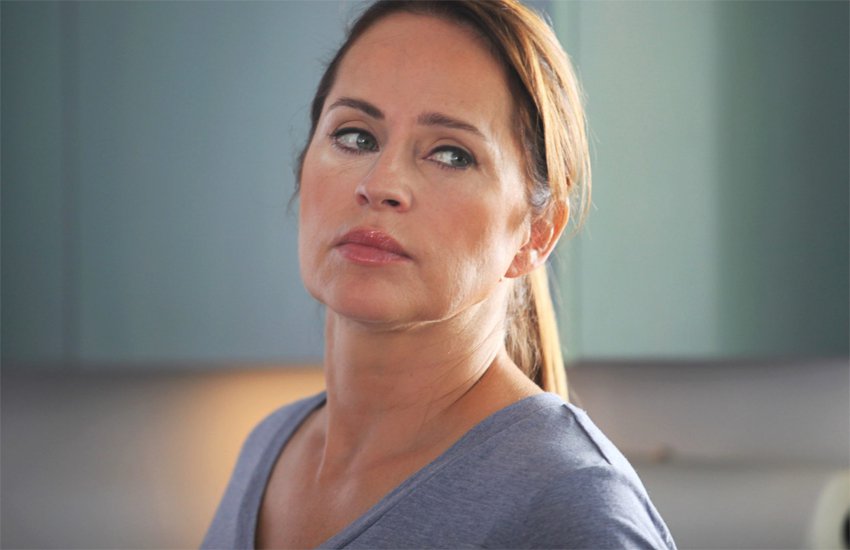 Calin reported that editing and post production took almost two years because she was careful to find the right people to work with, helping her maintain strong production values.

The Outfest screening drew raves, many happy to see Otalia back on screen and touched by the realistic portrayal of Alzheimer’s. The audience also praised the production values, several saying the film looks more like a $3 million (€2.63 million, £2.33 million) film than a $500,000 one.

A Million Happy Nows is currently playing on the film-festival circuit. Calin is hoping to find a film distributor. Watch the trailer below.