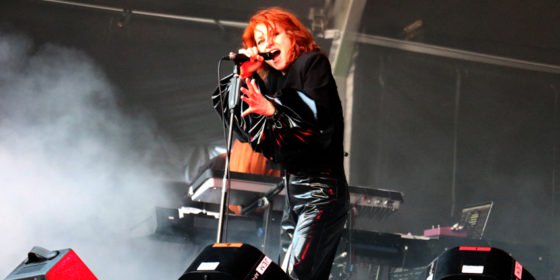 Alison Goldfrapp is truly a queer icon of the most muted variety.

It was evident when Madonna borrowed (one of) Goldfrapp’s trademark sounds during the Confessions On a Dancefloor era; bright, intelligent disco, saturated in tense electronica.

It was also evident when, upon the release of 2010’s Head First, Alison reacted to the press charmingly outing her as a ‘midlife lesbian‘ by nonchalantly clarifying: ‘I don’t like to be defined by my sexuality‘.

It was furthermore evident on 2013’s flawless Tales of Us, and therein, the orchestral trans anthem Annabel. (Example lyric: ‘When you dream you only dream you’re Annabel)’. They returned to trans themes on this year’s Become The One, inspired by documentary My Transgender Summer Camp. 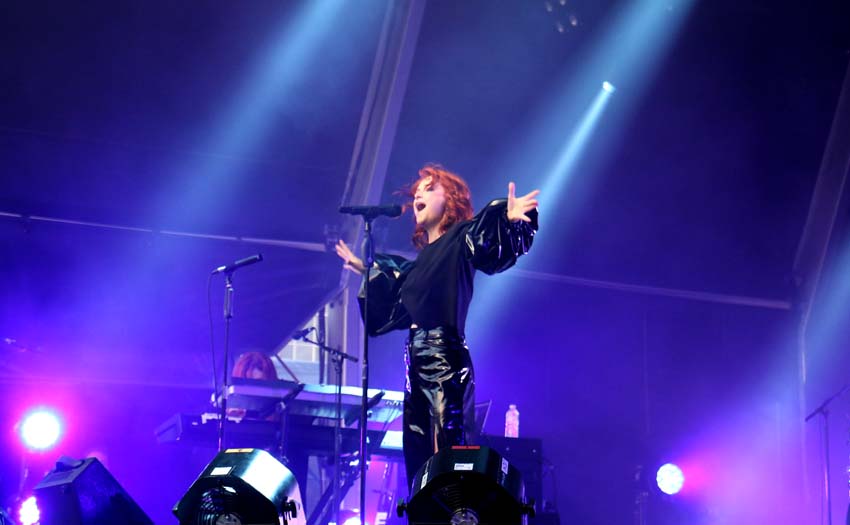 Finally, it was evident at last night’s gig at Somerset House, under a defiant Pride flag. A small ocean of gay men were in attendance; most in their 30 and 40s. Like yours truly, I sensed their lives have been soundtracked by 17 years and seven albums of Goldfrapp.

I’m lucky enough to have seen the band, comprised of frontwoman Alison and producer Gregory, six times before, but this was far and away my favourite performance to date.

For example, although I adored 2008’s folksy, intimate Seventh Tree, I remember how dwarfed and awkward it seemed in the face of huge crowds during a daytime slot at that year’s Glastonbury Festival. Their delicate musical moments were better suited to St Johns-at-Hackney Church in 2011 and the Royal Albert Hall in 2014, but both performances left me wanting more.

On the flip side, I remember how inadequately the Camden Roundhouse and the Hammersmith Apollo, in 2010 and 2013 respectively, served their faster work. 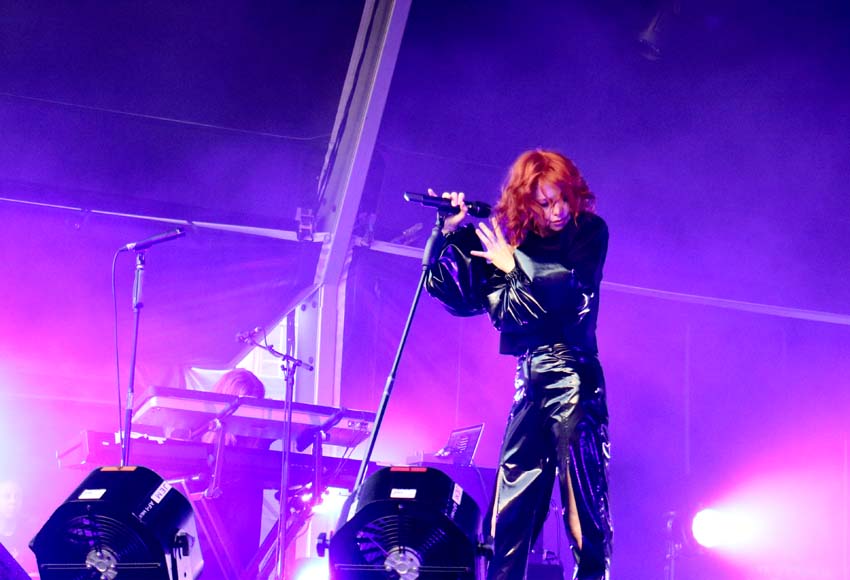 As it turns out, the polished courtyard of Somerset House is the perfect, glamorous, roofless venue for the band’s most powerful tracks. Here, their bombast had space to breathe.

As night fell, I’ve never seen Alison look, or sound, more confident. What’s more, her voice was completely exposed; the mic turned up so perilously loud that during her hushed intro to the gorgeous Moon In Your Mouth (one of the evening’s few slow moments), I jumped out of my skin. But she never faltered, even belting out the high notes with a look of deep concentration.

She only sounds out of tune when she wants to, such is her control. She sounds almost demonically possessed on the verses of Become The One, where the strange vocal contortions are only part-digital. Then, she switches to her upper register for the chorus, more recognizably ethereal. But always otherworldly.

A lot of Silver Eye was covered, thus my interest in the album is fully renewed. Systemagic is pure Goldfrapp, concentrated. With nods to old classics Train, Ooh La La and Strict Machine (all of which got an airing), it sees Alison singing seductively to the moon over a desperately throbbing beat.

Another immediate member of the Goldfrapp canon is Silver Eye’s punchy lead single Anymore, which would’ve been a robust opener to the set, but instead came third after the serene Utopia and Lovely Head from their debut. 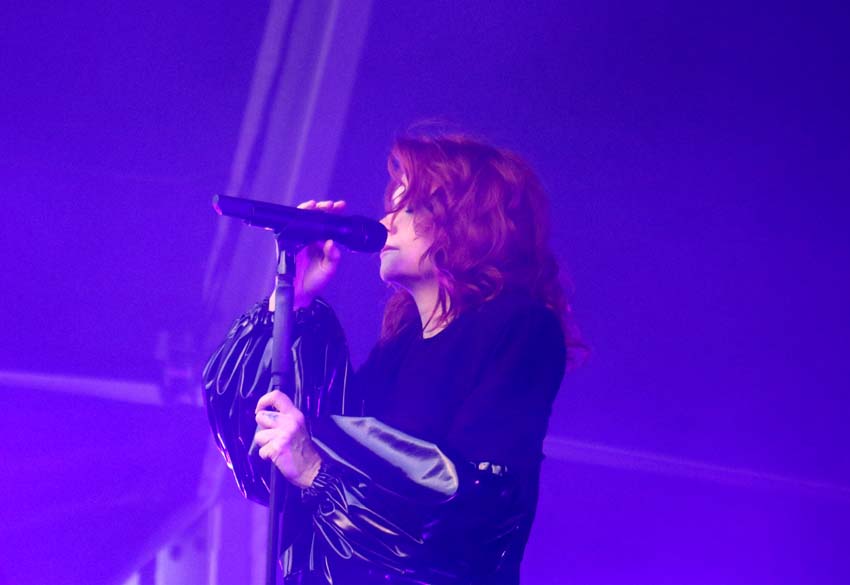 Finally, the evening near-climaxed with a dark horse: a dazzling, extended cut of Ride a White Horse, often overlooked in favor of its Supernature stablemates (and top 10 singles) Ooh La La and Number One. Their magnum opus Strict Machine, naturally, was played as an encore.

Goldfrapp don’t make bad songs, so I loved the entire setlist by default. My only criticism is something that can’t be helped: where was A&E? Where was Rocket? Where was Twist? So rich is Goldfrapp’s singles discography, that sadly you’re never likely to hear all of them in one performance. Especially not one as short as this, owing to the venue’s strict curfew rules.

There have been two albums since 2012’s greatest hits compilation. Perhaps, guys, a rerelease is due, with the new hits. And play everything next time, yeah?