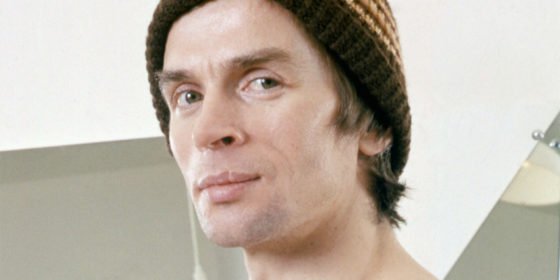 Moscow’s prestigious Bolshoi Theatre has canceled a new ballet about dancer Rudolf Nureyev’s life just three days before it was set to debut.

The much-anticipated Nuyerev was scheduled to open on Tuesday at the theater, just blocks from the Kremlin. The Guardian reports that Russia’s culture minister, Vladimir Medinsky, may have pressured the Bolshoi Theater to cancel due to its gay content. A controversial Russian law bans any ‘propaganda of homosexuality to minors.’

The Soviet-era ballet superstar, Nureyev caused an international incident when he defected to the West in 1961. Considered one of the ballet’s most gifted dancers ever, Nureyev went on to called the ‘Lord of the Dance.’ Nureyev died from AIDS-related complications in 1993 at age 54.

The ballet’s director, Kirill Serebrennikov, received no explanation for the decision to pull Nureyev. The Bolshoi Theater announced the cancellation over the weekend on its website.

Not sufficient time to prepare

Serebrennikov is an outspoken critic of Russian premier Vladimir Putin. The film and theater director is known for boundary-pushing productions that frequently poke fun at Russia’s ever increasing social conservatism.

The Russian state news agency TASS reported the ballet was not canceled, but merely postponed until May 2018. During a press conference on Monday, the Bolshoi Theater’s director, Vladimir Urin, said the ballet company had not had sufficient time to prepare.

‘There will be reputational damage from cancelling, but for us the most important thing is the quality of the production,’ Urin said during the press conference.

A spokesperson for Russia’s cultural ministry confirmed there was a ‘long conversation’ between minister Medinsky and Urin. However, Urin denied any such discussion happened.