For me, growing up gay meant striking a balance between wanting to be heard, and wanting to be ignored. Being heard meant having rights. Being ignored meant being left alone. Both were vital to living the life I wanted to live as an out gay woman.

Both were also taken for granted by my straight friends. Their rights – to marry, to have children that belonged to them as well as their partner, to have the security of shared pensions and property – were unquestioned. Their PDAs ignored, their hand-holding unremarked-upon.

They must have been doing it wrong.

It is of course fantastic that the LGBT+ community now enjoy those rights and freedoms. The hard-won battles for protection under equal marriage laws, anti-discrimination legislation and new education and training practices have put Westminster at the centre of this push for change.

Politics makes change possible. But it can also be the arena which is most resistant to it.

That is why the Women’s Equality Party exists. We came to life because of a deep frustration that change wasn’t happening fast enough. LGBT+ rights, and women’s rights, are increasingly threatened by a rhetoric of intolerance and division that has driven discussions around Brexit and our immigration system.

It is only by being in the political space that we can make change happen. It is only by fighting to make ourselves heard that we win the right to also be left alone to thrive.

We are contesting our first general election with our sights set firmly on making politics look different. Which means, firstly, that our seven general election candidates don’t look like other politicians. We want politics to look like Nimco Ali, our 34-year-old former-child-refugee candidate who wants to be the first Somali-born MP in Westminster. We want it to look like Sally Carr, an out lesbian who has dedicated her life to working with LGBT+ youth in the north west. And we want it to look like Kirstein Rummery, a disabled activist and rape survivor who teaches equality and inclusion.

We believe LGBT+ equality cannot arrive without women’s equality. The rights are intertwined and the L in LGBT+ is too often silent and silenced. Women and girls are the largest single group subject to discrimination and structural disadvantage. When being female intersects with other factors such as poverty, race, disability or sexual orientation, that discrimination intensifies, that structural disadvantage deepens.

If we dismantle that discrimination and remove those structural disadvantages, everyone, of every gender, benefits. And democracy only works when it truly reflects the population it serves. LGBT+ concerns will never be fully addressed by a Parliament that doesn’t include those perspectives and lived experiences.

At this election, we have put forward a manifesto dedicated to building a sustainable, caring economy. We’re the only party committed to truly shared parental leave, universal free childcare and a fully integrated health and social care system.

Every policy, including those parts of the platform dedicated to enhancing LGBT+ rights, is designed to foster equality. Ours is the only party you can vote for out of naked self-interest and still bolster everyone else. 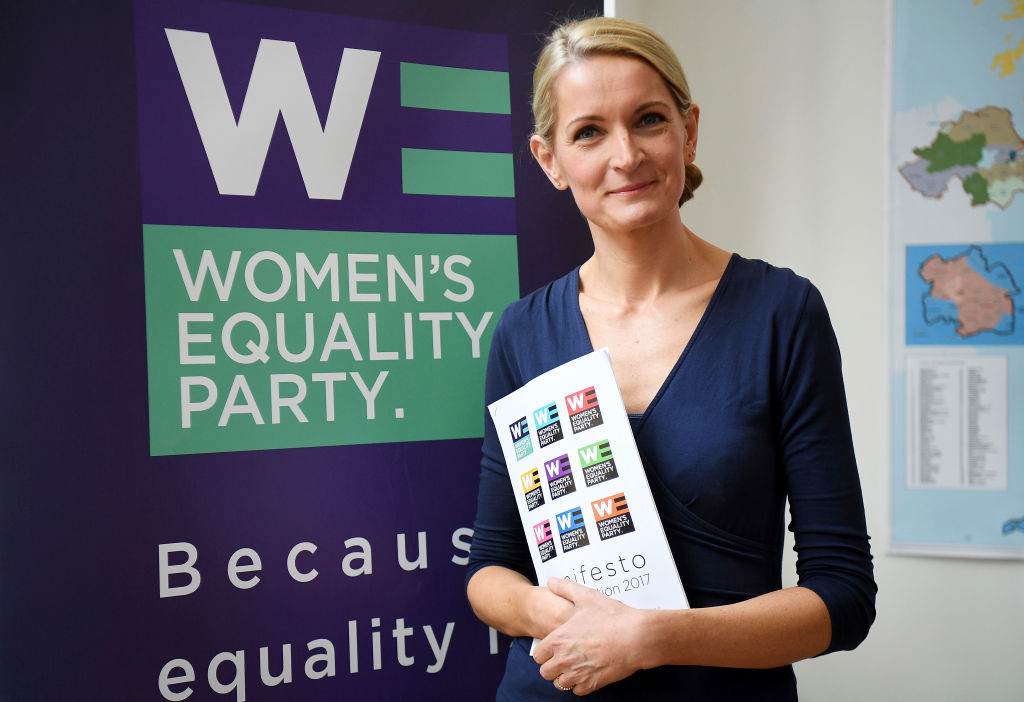 And if you doubt what influence a smaller party can have on a political system, if you question what effect a party with just one or two sitting MPs can have on how the other parties behave, then I ask you to think – only briefly – of UKIP, and the evidence that it provides of the power of new parties to drive the mainstream agenda.

Then think of what we can do if we drive the agenda towards positive change. Think of the power of your vote. And think about how desperately politics needs new ideas, and new energy.

From the outset the Women’s Equality Party has set out to reject gendered divisions, and to fight first for those who are the furthest from power, so that everyone benefits.

You can vote for real change on 8 June.