Sheffield Pride is under fire for calling its upcoming parade a ‘celebration, not protest’ and banning all ‘offensive’ placards.

The Pride event, held in England’s north, posted the warning for applicants marching in the parade this year.

On their online application form, they also state they ‘will not be accepting any applications by Political Groups for this years (sic) event.’ 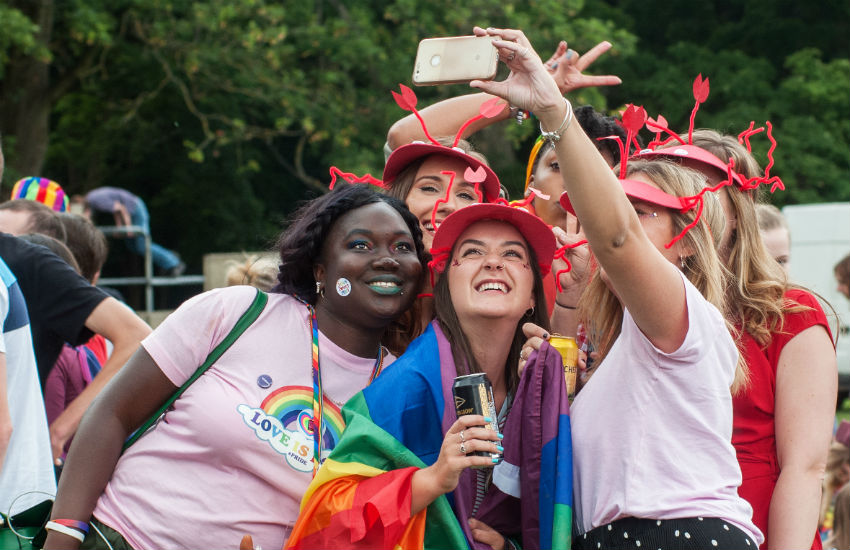 The message from Sheffield Pride read: ‘Please note: That any group attending with Banners or Placard (sic)… will be viewed by the Parade Manager. Any that are deemed to be ‘offensive’ will not be allowed in the march.’

And then in bold, the message adds: ‘Please note, it’s a march of celebration, not protest.‘

Nasr then wrote in the caption of the screenshot: ‘Pride will always be a protest, until the very last Queer on earth is liberated. Don’t need y’all whitewashing our entire struggle and history. Fuming.’

HEY GUYS LETS JUST FORGET THE ENTIRE HISTORY AND FOUNDATION OF PRIDE?! What the actual fuck @PrideSheffield ?? Pride will always be a protest, until the very last Queer on earth is liberated. Don’t need yall whitewashing our entire struggle and history. Fuming. pic.twitter.com/RszkakMp4B

In a follow-up tweet, he wrote: ‘When we forget our history, we forget why we march every year. Yes we march to celebrate Queer culture and excellence but we ALSO march in solidarity with our siblings across the world who do not share that same privilege.’

Nasr then added: ‘When we have queer asylum seekers being deported, when trans women of colour are being killed on the streets, when gay conversion therapies are still alive and well and queer youth are suffering every day, PRIDE WILL BE A PROTEST.’

‘If your Pride isn’t a protest, it’s just a party with the cops invited’

In response to the screenshot, angry Twitter users took to the social media platform to vent their frustration.

One Twitter user replied: ‘What ever happened to throwing bricks at bigoted and oppressing cops?’

Another responded: ‘This is so terrible.’

I was gonna go to Sheffield Pride this year but they just released a statement saying “any placards that we deem are offensive will be removed, remember, it’s a celebration not a protest”

Then one Twitter user wrote: ‘So cute how Pride organisers think they can make statements like this and not end up getting 10x more protesters than they would have otherwise.’

Gay Star News reached out to Sheffield Pride for comment but did not receive a response in time for publication.