Take a pinch of Lisbon and generous helpings of San Francisco, Key West and Fort Lauderdale. Add the colorful, progressive essence of destinations like Rio de Janeiro, Berlin and Barcelona. What do you get? Why, England’s most iconically LGBTI-friendly city, of course.

Brighton, found on the twinkling shores of the Sussex coast, is a smallish city that packs a huge punch.

It’s home to 289,200 people, making it comparable in size to St. Louis in Missouri or Anchorage in Alaska. An estimated 15% of them identify as LGBTI. 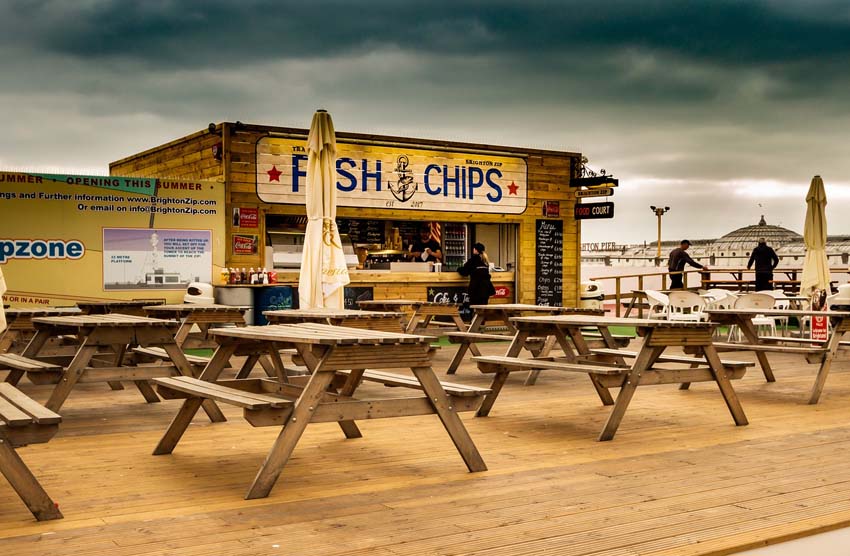 Brighton is also home to the highest number of same-sex couples in the country.

Unsurprisingly, its Pride festival is thus a pretty big deal, attracting revelers from across the country and around the world. This year, it’s also playing host to probably its greatest headline performer ever: pop superstar Britney Spears (more on whom later.)

If you’re thinking of heading down for Pride, here’s our quick-fire guide on how to make the most of one of the UK’s most welcoming, walkable and accessible cities… 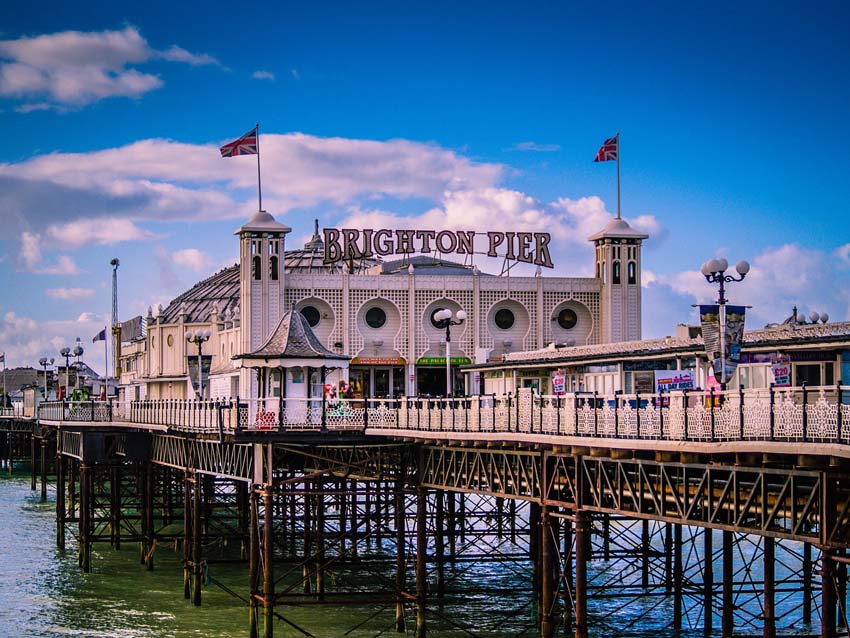 Start with an obligatory ramble around of Brighton Palace Pier, first opened in 1899. Breathe in the throwback charm for free, but wasting money on slot machines and juddery funfair rides is inevitable. (I’ve never lasted more than five seconds on the bucking bronco, despite trying every time I visit Brighton.)

Fish and chips on the seafront, preferably in deckchairs, is another essential, age-old Brighton tradition. I’ve endured done exactly this in icy January winds and even snow before. 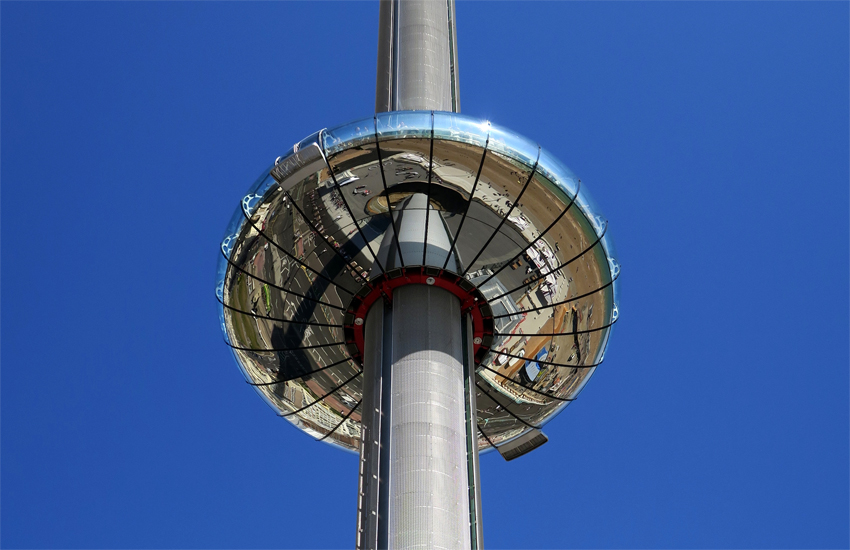 Now to one of Brighton’s more newfangled attractions. The shiny British Airways i360 is by far the town’s tallest structure, featuring a spaceship-shaped glass pod that ascends and descends 162m, offering stellar views of the city and Sussex’s rolling hills beyond. It opened in 2016.

It’s a spiritual sister of the London Eye, and perhaps the ill-fated Brighton Wheel, which operated from 2011 to 2016 and stood at 52m tall. 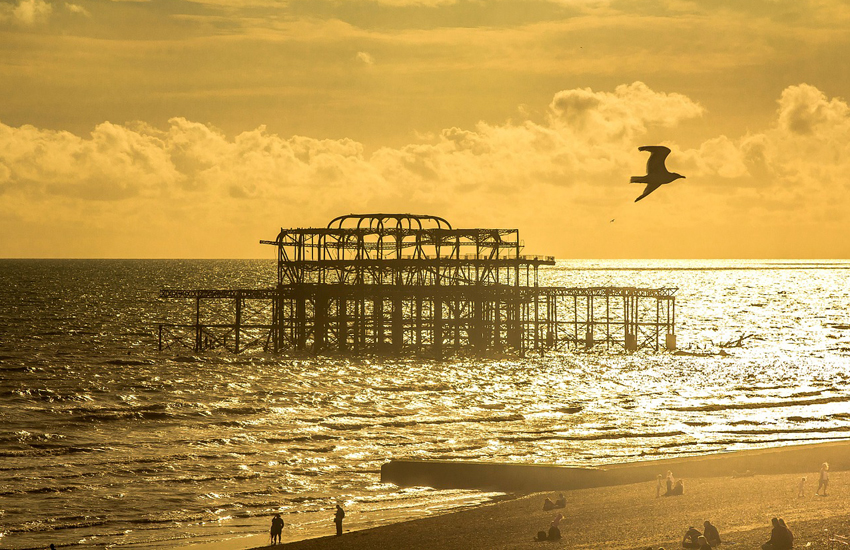 Brighton is filled with fun, frivolous photo ops, but the eerie beauty of West Pier offers the most compelling backdrop of all – particularly at sunset.

It was opened to great fanfare in 1866, but eventually closed in 1975 after years of decreased popularity. It quickly fell into a state of disrepair, with two fires in 2003 leaving nothing but the bare bones of its grand structure remaining. 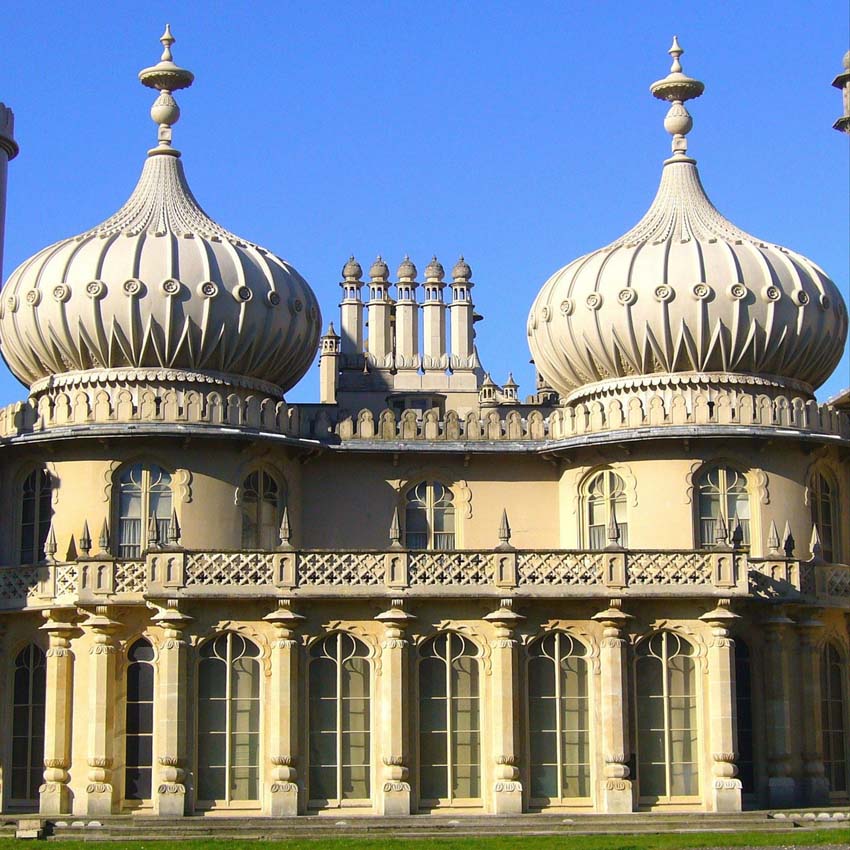 Thankfully, Brighton’s most iconic structure remains not only intact, but perfectly preserved and polished. The Royal Pavilion, Grade I listed, is the former royal holiday home of one George, Prince of Wales, later the Prince Regent. Construction dates back to 1787 and took 35 years to complete; the Indian and Chinese-informed stylings of its exterior and interior are in keeping with the tastes of its famous former owner.

You can admire the ornate, exotic facade up close and at your leisure in the perfectly-manicured Royal Pavilion Garden, but it’s even more stunning inside. Combine your ticket with entry to the next door Brighton Museum & Art Gallery (which is full of LGBTI artefacts) for a history-and-culture double whammy. 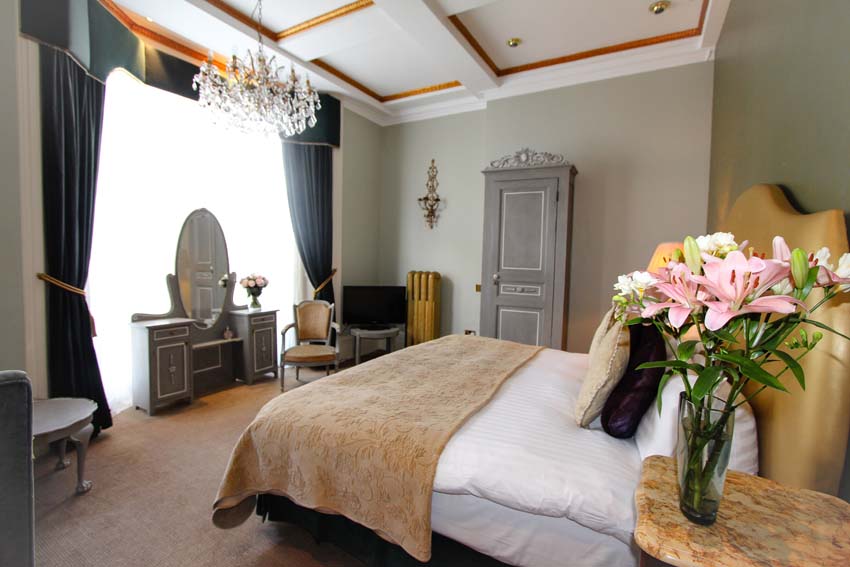 A beautiful boutique Georgian townhouse a minute or two from the seafront, Blanch House is gay-owned and found in the heart of Brighton’s gay quarter, Kemptown.

Like the Pavilion, the whitewashed exterior of this Grade II listed building is lovely, and it’s even more attractive inside. Essentially, Blanch House is a three star that punches above its weight: think gorgeous fabrics, fresh flowers, killer cocktails and knowledgeable staff.

The 12 rooms boast a decor that is gentle and muted without being boring, while the breakfasts are hearty and excellent. Meanwhile the small, plush bar is popular with well-informed locals looking for a quiet pre-drink in chic surroundings. 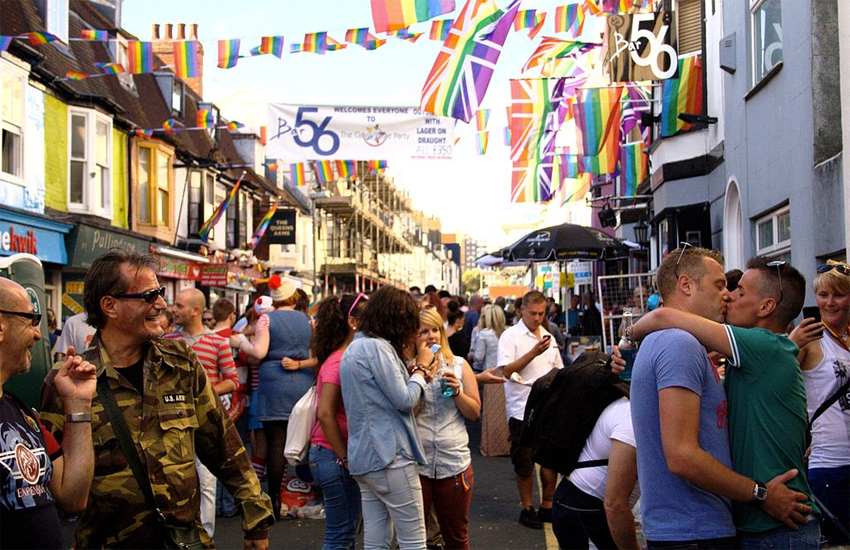 This year, Brighton and Hove Pride takes place from Friday 3 until Sunday 5 August. This is the tail-end of summer in the UK, so a sensible time explore Brighton. But there are no guarantees. Knowing England, you can expect either glorious sunshine or tepid drizzle… Our advice: take a waterproof.

Womanizer singer Britney will take to the stage at the LGBTI extravaganza on Saturday 4 August. The US star will be joined by the likes of Ella Eyre and Pixie Lott; British starlets Britney no doubt inspired. Also, don’t miss Tongue singer MNEK. Having written for the likes of Beyonce and Madonna, he’s been stepping into his own spotlight in recent years.

For more information, head to VisitBrighton.com.