The Backstreet Boys and the Spice Girls | Photos: Instagram/backstreetboys and Instagram/therealgerihalliwell

As rumors continue to swirl about a possible Spice Girls reunion, we can at least say we’ve received the next best thing: the Backstreet Boys dressing up as their 90s icon counterparts.

The five piece man-band donned platform shoes and mini dresses while on stage for a fan cruise this week. And we love them for it.

The four-night extravaganza took place on the Carnival Sensation. It was sailing from Miami, Florida to Grand Turk Island in the Turks and Caicos Islands.

We wonder what Victoria Beckham, Emma Bunton, Geri Horner, Mel B and Melanie C make of the guys’ stunt? 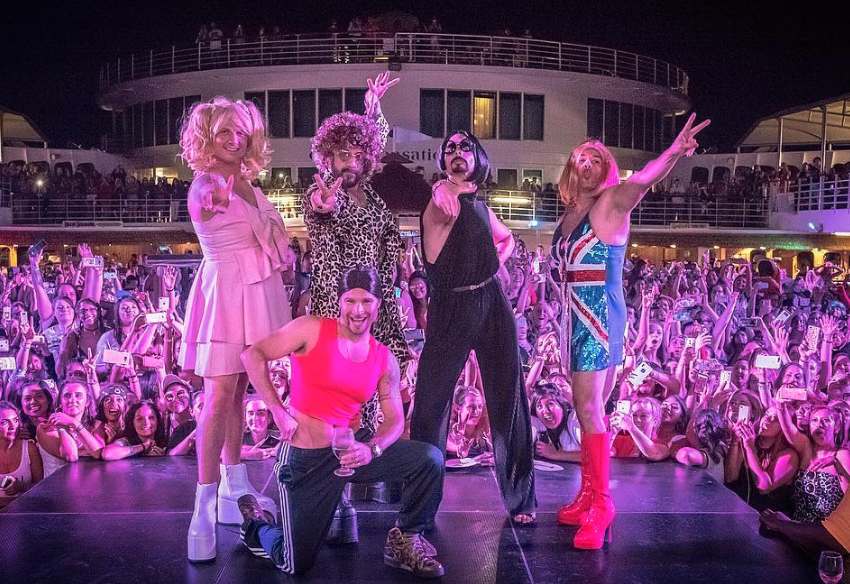 ‘Celebrating all of the girl power’

The boys – Nick Carter, AJ McLean, Howie Dorough, Kevin Richardson and Brian Littrell – shared the pic along with the caption: ‘Celebrating all of the girl power that’s kept us going for 25 years.’

They’ve have previously spoken of their desire to team up with the Wannabe singers for a joint tour.

They should so do it, and then the girls could drag king up as them?!